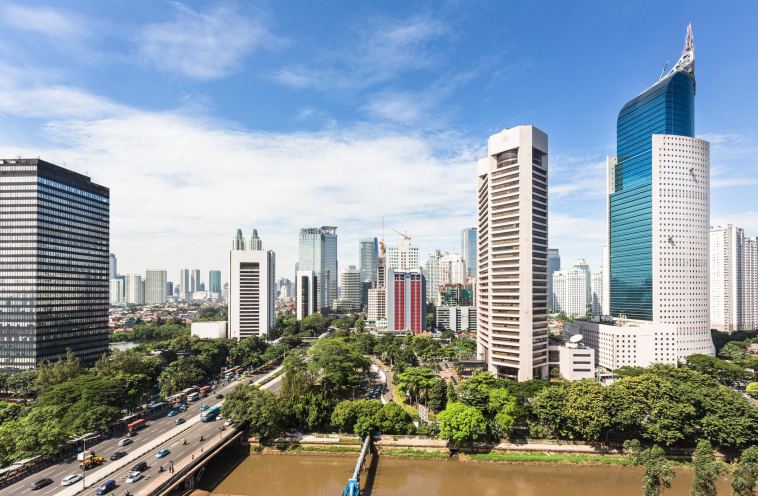 Much of the digital banking conversation in Asia thus far has centered on Hong Kong and Singapore. They have been the most proactive in the region about establishing digital banks and their importance as financial centers means that neobanks in the two cities have significant potential business opportunities.

Yet unlike the European Union, Asia does not have a common banking market. A digital banking license in Singapore is valid only for the city-state, not anywhere else. Faced with this regulatory hurdle, the region’s preeminent platform companies – some would call them super apps – are moving swiftly to build up their digital banking operations in Indonesia, the largest economy in Southeast Asia and the region’s most promising emerging market for the financial services industry.

Indonesia’s unbanked population alone is estimated to be 83 million – larger than the population of many countries.

Of the remaining 193 million, there are surely a few open to banking with digital lenders. As a country made up of thousands of islands, Indonesia is particularly well suited for banking with a mobile phone instead of in brick-and-mortar branches. Smartphone penetration in the archipelago nation is nearly 75%. Switzerland Global Enterprise, a Swiss export and promotion agency, predicts that digital financial services revenues in Indonesia will reach US$8.6 billion by 2025, growing at a compound annual growth rate of 34%.

To date, acquiring an existing bank is the one way that tech companies can enter Indonesia’s banking sector, with the incumbent providing the necessary bank license. However, Jakarta is likely to roll out digital banking guidelines this year. It is unclear if at that point, the OJK will allow tech firms or others besides incumbent lenders to apply for digital bank licenses.

Anung Herlianto, OJK’s executive director of banking research and regulation, told The Straits Times in February: “We won’t regulate details, nor will it be rules-based. It will instead be a set of guiding principles for banks to operate digitally, and banks have to mitigate their own risk, any risk, that may arise.”

Asia’s tech giants are not waiting around for the OJK to clarify its digital banking guidelines. Instead, they have been on an M&A tear, jockeying to maximize their respective positions in the Indonesia market. Sea has an early lead thanks to the strength of its digital services triumvirate of gaming, e-commerce and digital finance. Well before Sea acquired Bank BKE, its e-commerce arm Shopee had become Indonesia’s top online shopping platform by traffic and app downloads. Indonesia also accounts for a sizable chunk of Shopee’s sales, which reached US$922 million in the first quarter, up 250% year-on-year.

Although Sea lost US$422 million in the first quarter, its revenue rose 147% year-on-year to US$1.76 billion. The heavy losses have not deterred investors: As of June 17, the Singaporean firm’s share price had risen about 39% over the past six months to roughly US$275 while market capitalization has reached US$144.1 billion, giving it ample cheap capital it can draw upon to fuel expansion in Indonesia. Sea’s success as a listed company also means it can easily meet the OJK’s capitalization requirements for the digitized Bank BKE. One estimate of those requirements is IDR 3 trillion (US$209 million).

Given Sea’s strengths in both e-commerce and digital finance, Indonesia’s two largest homegrown platform companies, Gojek and Tokopedia, decided to join forces. Their recent merger formed the aptly-named GoTo, which will likely list in both New York and the Indonesian Stock Exchange later this year.

Once its fundraising capabilities are closer to Sea’s, the Indonesian juggernaut will have a few advantages it brings to the table. One, unlike Sea and Singapore’s Grab (which also has high hopes for Indonesia), GoTo has a relatively muted international footprint. Both Sea and Grab are competing in all of Southeast Asia’s major economies. Sea is even expanding into Latin America. Being present in all of those markets raises Sea and Grab’s costs exponentially. In contrast, GoTo can concentrate on its home market, where it better knows consumer behavior, logistical bottlenecks and regulations than foreign competitors.

With that in mind, Gojek’s recent purchase of a 4.76% stake in Indonesian conglomerate Lippo’s retail unit MPPA looks smart. It will likely allow Gojek to boost its payments business and foray into physical retail, which will sync nicely with its push into e-commerce in the merger with Tokopedia. In Indonesia, MPPA operates 208 retail and grocery stores under seven brand names.

GoTo also has a banking license thanks to Gojek spending US$160 million to increase its stake in PT Bank Jago to 22% from 4%. Gojek plans to integrate its platform with Bank Jago, so that the Indonesian lender can provide digital banking services directly through the Gojek app.

Compared to Sea and GoTo, Grab’s position in Indonesia does not look as solid – for the moment. The Singaporean ride-hailing giant did lead a US$100 million Series B funding round in Indonesian e-wallet LinkAja that closed in November 2020. LinkAja says it has 58 million registered users in Indonesia, mostly in tier 2 and tier 3 cities. Grab also plans to set up an R&D facility in Indonesia that will focus on developing solutions for SMEs, one of its key target markets.

However, to compete viably with Sea and GoTo, Grab will likely need to acquire a local Indonesian bank. Without a bank license, Grab may struggle to gain a foothold in the higher-margin segments of financial services.

In the meantime, competition will intensify as other major platform companies eye the burgeoning market. Japan’s Line Group is the latest to join the fray. On June 1, the company announced that it would launch a digital banking platform in Indonesia – which it counts as a major international market for its messaging app along with Taiwan and Thailand – at the end of the month.

Compared to Sea, GoTo and Grab, Line’s advantage in Indonesia will be its popular messaging app, which is estimated to have millions of monthly active users in the country and second only in popularity to WhatsApp among chat apps. Line will be looking in Indonesia to replicate the success of WeChat in China and Kakao in South Korea. The latter two firms built formidable digital banking ecosystems on top of ultra-sticky messaging apps. If Line can do the same in Indonesia, it may force its competitors to consider rejigging their respective ecosystems. 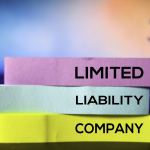 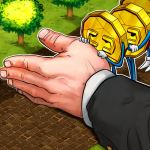