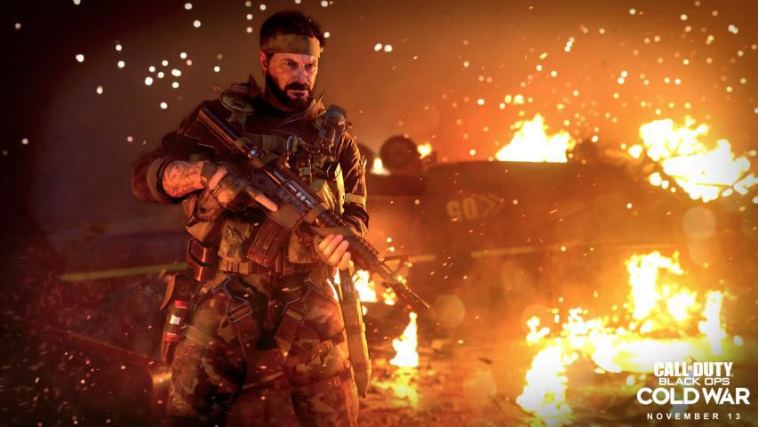 I have mixed feelings about Call Of Duty: Black Ops Cold War, and frankly I’m not at all happy with how Activision has handled the transition from Modern Warfare to Black Ops Cold War in terms of the two games’ integration into Warzone.

I’ve waited some time to write this review, simply because you really can’t judge a game like Call Of Duty based on how it plays on launch week. Historically, Activision has waited several weeks after the latest entry’s release to populate its microtransaction shop. Reviewing a game before microtransactions are live is a precarious proposition.

But now much has changed. Starting with Modern Warfare in 2019, not only were map packs removed as DLC and replaced with free maps and a seasonal battle pass, the games dispensed with loot boxes entirely and adopted an Item Shop similar to Fortnite, selling only cosmetics and weapon blueprints (which, to be fair, are questionably pay-to-win in nature).

Still, how do you review a game that hasn’t even launched its first season, that hasn’t fully integrated into the free-to-play Battle Royale mode, Warzone yet? You can’t, I’d argue. It’s not the complete game yet.

In this review I’ll discuss the Cold War campaign, multiplayer, integration into Warzone and Season 1 content as a barometer for future seasonal content. I will not discuss Zombies mode as I don’t really play that mode and don’t feel comfortable reviewing it. I’ve never enjoyed Zombies modes in the past and I don’t expect that to change now. In interest of fairness, I will leave that aside.

Of further note, I’ve played this game on both PC and PS5 (I received a PC review code but purchased the PS5 version of the game). It runs great—with some caveats—on both PC and console. Graphically, the PC version is superior but not enough to truly matter to anyone but the most graphics-obsessed gamers. Frankly, while I’m in the middle of a gunfight I don’t have a ton of time to pay attention to graphics. That being said, there’s no doubt that a good gaming PC running modern hardware (I have an RTX 3080 in mine) makes for a much richer campaign experience. Ray-tracing, DLSS, and all the other bells and whistles really do add to the experience.

I really enjoyed the Call Of Duty: Black Ops Cold War campaign. This I can say without equivocation. It’s a solid, exciting campaign with some interesting twists and turns, a trippy ending(s) and some cool puzzles to solve.

The game takes place in the 1980s. You play as a couple different characters depending on the mission, but primarily you’re a character whose gender, backstory and so forth you create yourself. And it turns out you’re quite the enigma. I won’t spoil the details. Suffice to say, nothing is as it seems. The final act is Black Ops at its weirdest and most inventive.

The campaign’s story focuses largely on your boss, Russell Adler, and his pursuit of Soviet spy Perseus. Familiar faces like Frank Woods and Alex Mason return to the fold, and you’ll play some missions as Mason though these are side-missions.

The campaign isn’t long, but you’ll likely have to play some missions more than once to gather evidence which is used in a pair of puzzles that are required to complete in order to complete the side missions the correct way. These puzzles are actually quite good, and can’t simply be looked up online to solve. To get a sense of these puzzles, check out my guides here and here.

Suffice to say, I absolutely loved solving these and their addition to the campaign makes it that much better. These aren’t simply puzzles like you might find in an Uncharted game, either. They really make you think. Hopefully we see much more of this in future Call Of Duty games.

The campaign isn’t long. Maybe 7 or 8 hours depending on your skill level, how much time you spend searching for evidence and exploring and the difficulty setting you select. Par for the course when it comes to this franchise, which is fine by me. So many games are so long. I enjoy getting through a campaign in just a few sittings.

Is the campaign as good as Modern Warfare 2019’s? I think so, actually. I rank them fairly neck-and-neck. It even includes at least one crossover character from the Modern Warfare universe, as these two franchises grow ever closer.

Where the two games—Modern Warfare and Cold War—wildly diverge is in multiplayer. They are simply nothing alike, for better or worse. There will be those who prefer Cold War over Modern Warfare and vice versa, and far be it from me to say one is objectively better than the other. But I do prefer Modern Warfare overall for a variety of reasons. The pros and cons of both games below.

Overall, I have been switching between both Modern Warfare and Cold War multiplayer lately and I find both to be a lot of fun. But I only player Modern Warfare when it comes to local split-screen because Treyarch has not, after all these years, figured out how to implement something that both Infinity Ward and Sledgehammer have done without issue in Modern Warfare and WWII.

I admire Activision’s move to free maps, seasonal content and a premium Battle Pass. It means the community is less divided as new maps are released since nobody has to pay for them anymore.

On the other hand, the integration of Cold War into Warzone and the summary scrubbing of Modern Warfare, which has been made nigh invisible since Cold War’s launch despite being one of the biggest hits in series history, is a disaster.

For one thing, Warzone plays just like Modern Warfare. The game was designed by Raven Software and Infinity Ward in tandem with Modern Warfare on the same engine with the same mechanics. So you can double-sprint, mount guns and so forth. Movement is the same as Modern Warfare. Moving from Black Ops Cold War to Warzone is jarring. The two games are nothing alike, and yet here we’ve made Cold War and Warzone share a Battle Pass and weapons and all the rest.

It doesn’t work. From a business standpoint, it doesn’t even make sense. Modern Warfare was only six seasons old when Activision killed it. This is absurd. If I were an investor at Activision I would be furious. There was so much more money to make off of the integration between Warzone and Modern Warfare it’s not even funny. But now I can’t even buy cosmetics in the Modern Warfare Item Shop. Now there are no new MP maps. It’s all Cold War now, and I’m not very inclined to spend cash on that game because I don’t like it as much. I’m not alone in this.

What’s the alternative? Well, Activision and Treyarch could have gone multiple routes here. They could have released an updated Blackout battle royale game that was free-to-play just like Warzone. Maybe they didn’t want two competing free-to-play battle royales, but I’m not sure that would have been an actual problem. Fans of Black Ops would play Blackout. Fans of Modern Warfare would play Warzone. Both could have their own battle pass/seasonal systems and both could make money while each would retain its distinct play-style, mechanics and so forth.

Or Treyarch could create a live-service, free-to-play Zombies game instead, and tie each Black Ops entry to that, leaving Battle Royale to Modern Warfare. Zombies is one of the most popular aspects of Black Ops as a series, and a free-to-play Zombies game that kept growing and expanding with new seasonal content over the years could be a huge hit. Either way would be better than what has happened instead—the premature death of Modern Warfare, one of my favorite FPSs in years, and the awkward, messy intertwining of Cold War and Warzone.

That being said, I’m not entirely critical. I love the new Rebirth Island map. It’s much smaller than Verdansk, and new modes like Resurgence are great fun. I also like being able to play my Cold War Operators in the Warzone engine. And use the Cold War guns in the Warzone engine, which I find superior, thus making it the best way to play Cold War ironically enough.

But other players might prefer how Cold War plays—which is fine!—and would probably love a battle royale that played just like it. So why not just release a free-to-play Blackout and have both options for players? Modern Warfare/Warzone could have ongoing seasons and a Battle Pass and so could Black Ops/Blackout and players could choose to play either/or and purchase or not purchase Battle Passes for each. Each game would have a distinct feel.

If a third game from Sledgehammer is in the works still, we could have a third free-to-play battle royale to accompany it, replete with seasonal content and Battle Pass. Imagine a new WWII game or Advanced Warfare game that also had a battle royale. That would be terrific! I’d play either of those in a heartbeat, while still rotating between Warzone, Blackout and all the rest. I’ll expand on this in a separate post, but it’s hard not to talk about it in some depth in a review of Cold War. And it will remain an issue for each subsequent game Activision tries to tie to Warzone, which is why I really hope they consider simply releasing separate (but ongoing, live-service style) battle royales for each franchise instead.

Overall, I very much enjoy Cold War. I’m glad we’ve gotten away from double-jumping and wall-running (though I wouldn’t hate that from time to time, just not every year) and I’m even happier we’ve gotten away from special Operator powers. I hated the hero shooter aspects of Black Ops 3 and 4 with a burning passion and am more than happy to return to a more traditional Call Of Duty format. “Boots on the ground” is part of that, but I think just having every player have the same access to weapons, streaks and so forth is just as important.

I also like, at least in theory, the Scorestreak system in play here. Killstreaks reward kills, but Scorestreaks reward all types of play. Not losing a streak when you die is a nice padding for less amazing players. But I still wish they would reward Objectives higher in this system (and on the leaderboard). As an Objective mode player first and foremost, this is my bias showing through. But why even have a Scorestreak system when kills count so much higher? I get just as many if not more Killstreaks in Modern Warfare, which ironically overall rewards Objective play more.

Graphically and mechanically I think this is a case of one step forward, two steps back, but I find myself enjoying the different type of play more and more as I play it. It’s a nice change of pace from the slower, more “realistic” play in Modern Warfare. If the two games weren’t both linked to Warzone, and we could continue to enjoy new Modern Warfare content, I think I’d be much happier with Cold War overall.

Still, it’s not a bad effort. The campaign is a blast and quite unique for Call Of Duty (though not that weird for Black Ops more specifically) and multiplayer is a lot of fun if you don’t need split-screen which is irredeemably and inexcusably broken. If you’re a fan of Black Ops games I think you’ll enjoy this one a lot. If you prefer Modern Warfare I suspect you’ll like it less. It’s good, not great. 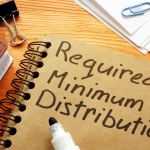 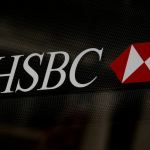