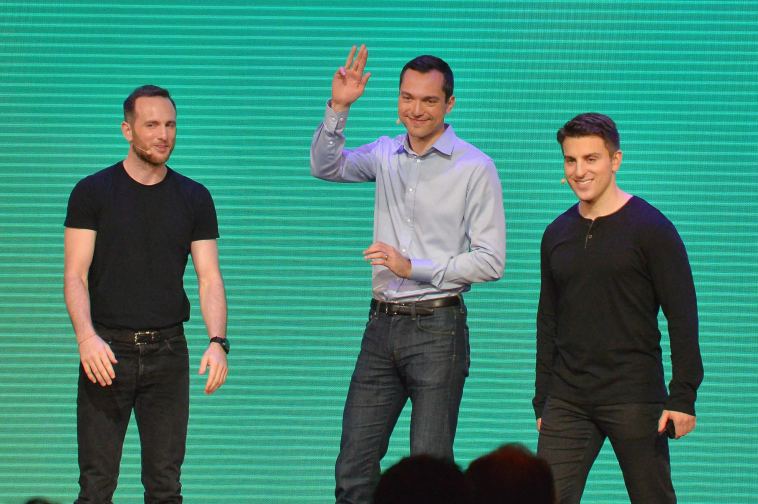 Airbnb’s much-anticipated initial public offering was well worth the wait for the company’s three billionaire cofounders. Shares soared on their first day of trading Thursday,  more than doubling the fortune of each cofounder in a single day, to more than $10 billion apiece.

Airbnb ended up raising $3.5 billion in its IPO, selling 51.5 million Class A shares at $68 each, giving the home-sharing network an initial market capitalization of $47 billion. The stock quickly surged—more than doubling by late afternoon to more than $149 per share by around 3:00 p.m. ET. That puts the company’s market capitalization at $103 billion, higher than companies like American Airlines
($11 billion), Hilton hotels ($30 billion) and Uber
($96 billion).

The biggest individual beneficiary: Brian Chesky, Airbnb’s CEO and cofounder, who owns about 11% of the company’s stock, according to a Securities and Exchange Commission filing. Forbes estimates that Chesky’s net worth was $5.2 billion this morning, based on the IPO price; he’s now worth $11.4 billion at current share price. He sold 517,241 shares in the IPO, generating an estimated $22 million in cash after taxes.

His cofounders are riding high, too. Nathan Blecharcyzk (chief strategy officer) and Joe Gebbia (chief product officer) each own just under 10%. They were worth an estimated $4.7 billion at the IPO price. They’re now worth $10.3 billion each, Forbes calculates. They each also sold 517,241 shares this morning for an estimated $22 million in cash after-taxes.

The $68 IPO price eclipsed both early expectations of a $44 to $50 per share range and the adjusted $56 to $60 price range set by the company earlier this week. If Airbnb had gone public at the $44 per share price, its three cofounders would be worth closer to $3 billion each.

Airbnb’s hotly anticipated public offering ranks as the third-biggest IPO of 2020, according to data from Dealogic, despite the travel industry being decimated by the coronavirus pandemic. Airbnb’s revenue shrank nearly 19% last quarter, to $1.34 billion, compared to the same period a year ago. The company still managed to turn a slight profit, however, of $219 million.

Other notable investors in Airbnb include famed hedge fund Sequoia Capital, which will own 16.5% of the company after the IPO, according to filings.

Thanks To IPO Pop, Airbnb’s Three Billionaire Cofounders More Than Double Their Net Worths In A Single Day originally appeared on Forbes.com 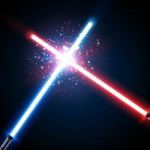 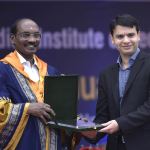