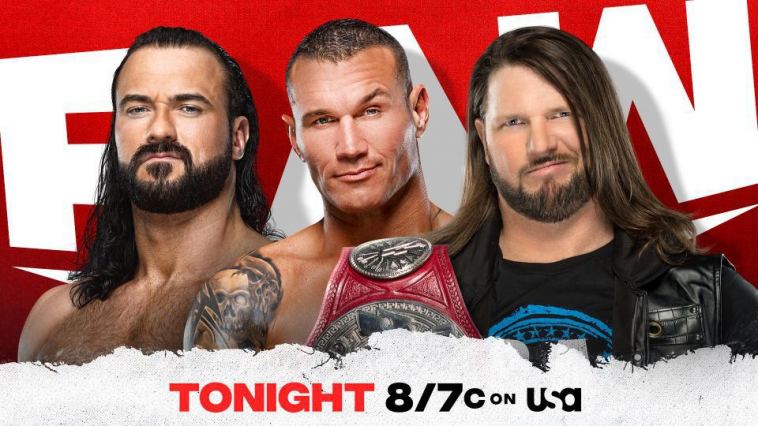 WWE Raw advertised a Last-Chance Triple Threat Match, though it kicked off with a Battle Royal to replace Randy Orton in the match. Riddle was victorious in the Battle Royal.

Also advertised was Rhea Ripley, Dana Brooke and Mandy Rose vs. Charlotte Flair, Natalya and Tamina in a six-woman tag team match; Kofi Kingston is set to confront MVP and Elias vs. Jaxson Ryker in a Strap Match.

Pro Wrestling Bits—Drew McIntyre is Finished as a Top Babyface

Riddle Battle Royal for Money in the Bank Qualifying Match

This Battle Royal, with all these bodies being eliminated, was very symbolic of WWE’s week.

This seemed to be another case of WWE changing its mind at the last-minute, but for what it’s worth, the idea of Riddle writing a letter in green marker was hilarious.

This match represented the quiet return of Damian Priest.

The slow-motion replay of Riddle’s entrance showed R-Truth excitedly reacting to his pyro while he rest of the field was startled by it.

In the 24/7 division, every move is a finisher.

I hope WWE has a clue of how big of a star they’re making Riddle into, and that when these live fans immediately gravitate toward him they need to run with it.

Get all your snarky little tweets about Nikki Cross’ superhero gimmick out of the way now, because she has the personality to eventually get this over.

Corey Graves astutely asked “when does wearing a mask show your true self?”

Jimmy Smith said “love her or hate her” when describing Nikki Cross, and it’s like “who in their right mind hates Nikki Cross?”

Poor Shayna Baszler’s fall from grace is going just as expected in this feud with Alexa Bliss.

The goal of this segment was to get Kofi Kingston over as a credible challenger, and these two succeeded by leaps and bounds.

This was another phenomenal segment between MVP and Kofi. They’re batting 1,000 right now. Kofi Kingston’s promo singlehandedly presented him as a viable challenger and he laid out all the reasons why Lashley could lose. Loved it.

Doudrop looked like a buffoon for trusting Eva Marie after turning on her last week, however she was made to look strong by beating two women by herself, with one of them being Asuka.

John Morrison and Ricochet Battle to a Double Countout

Even with John Morrison a shade past his prime, this matchup still has a lot of potential.

Ricochet used The Miz’s wheelchair to do an impressive step-up hurricanrana.

A double count-out is a disappointing finish, but the finishing sequence—with Ricochet hitting a springboard cross body on John Morrison in to the crowd—was far from disappointing.

This matchup, with such a random mix of babyfaces and heels, is proof that WWE has simply punted in trying to create one sympathetic figure out of these six women.

Corey Graves trying to explain that there is no nepotism in WWE is just the cutest thing.

The opening brawl in this match reminded me of an NXT segment.

Elias received a 4K entrance for this, but unfortunately his new theme music is ill-fitting and very generic.

Giving Jaxson Ryker a gimmick where he’s constantly slapping himself with a leather strap feels like a punishment.

Part of me feels like WWE is slowly starting to get behind Ryker, but they moved on from this segment quickly right after his big win.

Despite channeling his inner Randy Orton, WWE production still played Riddle’s theme music for his entrance in this main event.

Jimmy Smith seemed more concerned for the commentary table than McIntyre (who went through it).

Tonight was the Riddle show. Even though he ultimately lost, to this point, WWE has built Riddle into a viable babyface whose trajectory could be good enough to make him the next Daniel Bryan coming out of Team Hell No. Whether or not WWE screws this up—as they are prone to do with babyfaces—is a whole other discussion. 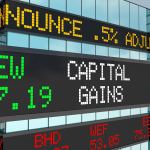 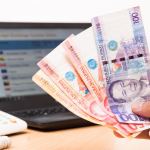