PARIS (Reuters) – U.S. investment company Artisan Partners (NYSE:APAM), which is putting pressure on France’s Danone to shake up its management amid criticism over weak returns, will meet several of its board members next week, a source close to the matter said on Sunday.

The source was speaking after French newspaper Le Journal du Dimanche said Artisan Partners would meet as early as Tuesday afternoon with Danone’s lead independent board member-elect Gilles Schnepp, independent lead board director Michel Landel and possibly some other Danone board members.

Danone, the world’s largest yoghurt group, which reports its 2020 earnings on Friday Feb.19, could not be immediately reached for comment.

Earlier this week Artisan Partners, which said it had built up a stake of over 3% in Danone, making it the third-largest shareholder, criticised the company’s strategy and share price performance in a letter it made public, demanding Danone split the roles of chief executive and chairman.

The move follows similar demands from activist investor Bluebell, which has not disclosed its holding but last month called on Danone Chairman and Chief Executive Emmanuel Faber to step down.

Shares in Danone, whose revenue and margins have lagged those of rivals such as Nestle, lost nearly 30% last year. Emmanuel Faber has been Danone chief executive since 2014 and took on the chairman’s role as well three years later.

Artisan Partners to meet Danone board members next week originally appeared on Investing.com 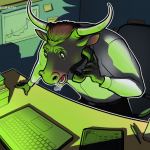 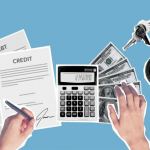