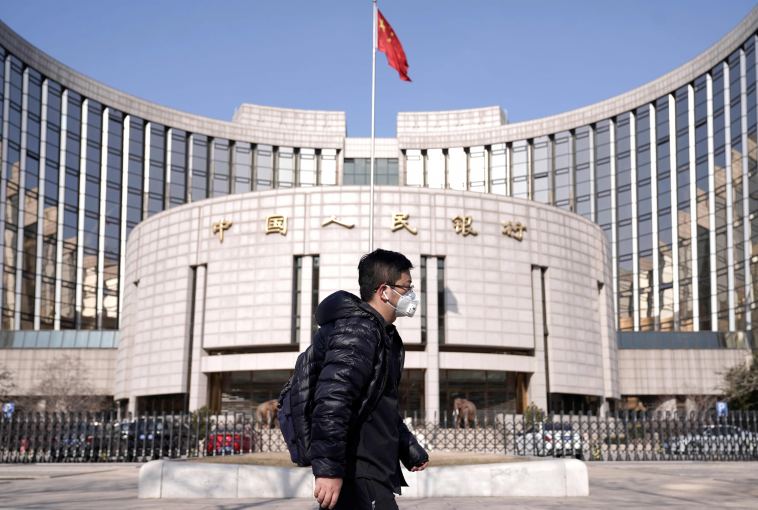 A man wearing a mask walks past the headquarters of the People’s Bank of China, the central bank, in Beijing, China, as the country is hit by an outbreak of the new coronavirus, February 3, 2020.

BEIJING — While investors around the world fret over inflation, China’s central bank has more problems than rising prices to worry about.

Central banks worldwide have kept monetary policies easy and interest rates lower in a bid to support growth in the wake of the coronavirus pandemic last year, and China is no exception.

Now as consumer and producer prices climb, investors are on edge as they try to discern if central banks will be raising interest rates.

But the People’s Bank of China — and economists parsing its statements — are not as worried about inflation, or expecting much monetary policy change as the country faces more pressing risks.

In its report on first quarter monetary policy released late Tuesday, the central bank focused on how the foundation for China’s economic recovery is not solid.

“Residents’ consumption is still constrained and investment growth is insufficient,” the report said, according to a CNBC translation of the Chinese text. The PBOC added that smaller, privately run businesses still face difficulties, and ensuring employment remains a great challenge.

The Chinese 10-year government bond yield has held above 3.1%, while the Shanghai Composite has climbed 2% this week. China said Tuesday its producer prices rose in April by their fastest rate in more than three years — up 6.8%. But consumer prices edged up just 0.9% as pork prices fell.

“If we have prices rising in China, it’s not demand overheating domestically, which could warrant change of monetary policy to slow that,” said Francoise Huang, senior economist at Euler Hermes, a subsidiary of Allianz, in a phone interview Wednesday. “I continue to think the policy rates will not be changed this year.”

The Chinese central bank has kept its benchmark lending rate, the loan prime rate, unchanged for a year. The next monthly announcement on the rate is due May 20.

In its quarterly report this week, the central bank added that “prudent” monetary policy would be flexible, targeted and appropriate.

Zong Liang, chief researcher at the Bank of China, doesn’t expect China’s monetary policy to change until the second half of the year, at the earliest. He noted the central bank kept policy relatively tighter in the last two years versus that of other countries.

Although he expects Chinese consumers will pick up their spending in the second quarter, especially as China steps up local vaccinations, he said consumption is still in a period of recovery.

In a sign of Beijing’s caution on the economy, authorities said at a meeting Wednesday that pressure to support employment remains high. The central government decided at the meeting to extend pandemic-era support for unemployment until the end of this year.

However, the level of support was scaled back from what it was last year. China’s economy grew 18.3% in the first quarter, from a contraction last year amid the height of the pandemic.

We think a hasty withdrawal of stimulus policies will also bring about new financial risks.

“The sharper-than-expected slowdown in short-term loan issuance in April may also (be) due in part to regulators’ increased scrutiny on the illegal use of business and consumption loans for property financing,” he said.

Real estate is one of the primary areas of investment — and speculation — in China. In an attempt to keep price gains from getting out of hand, authorities have tried to act cautiously.

The People’s Bank of China said in its first quarter monetary policy report that house prices must be kept stable, and emphasized that houses are for living, not speculation.

Although markets appear to believe China will accelerate its exit from policies implemented in the wake of the coronavirus pandemic, there isn’t a strong case right now for the central bank to do so, said Li-Gang Liu, chief China economist at Citi Research.

China is concerned about inflation – but it’s not the top priority right now originally appeared on CNBC.com 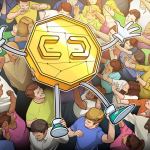 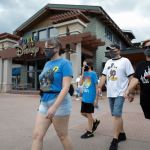