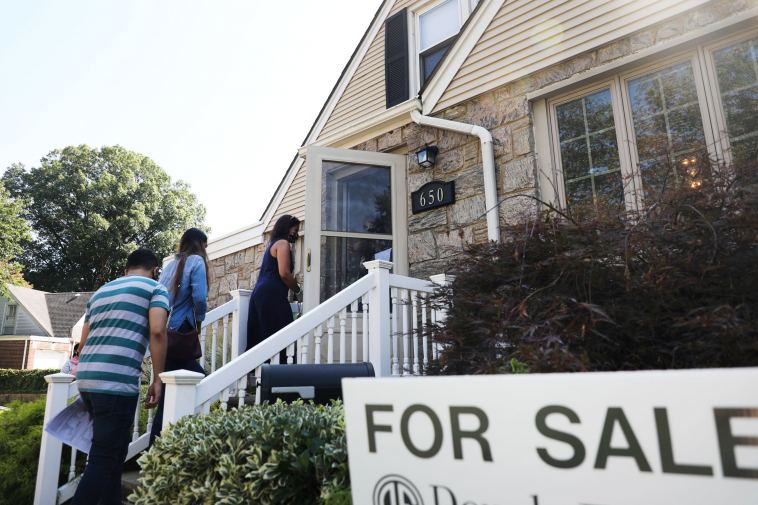 People walk into a house for sale in Floral Park, Nassau County, New York, the United States, on Sept. 6, 2020.

Borrowers are clearly used to hearing that mortgage rates set another record low because last week’s dip did nothing to spur mortgage demand.

The volume of applications for mortgages decreased 0.7% for the week, according to the Mortgage Bankers Association’s seasonally adjusted index.

The average contract interest rate for 30-year fixed-rate mortgages with conforming loan balances of up to $510,400 decreased to 3% from 3.01%, with points decreasing to 0.32 from 0.37 (including the origination fee) for loans with a 20% down payment.

Applications to refinance a home, which are most sensitive to weekly interest rate movements, fell 0.3% for the week but were 44% higher than a year ago. While that annual comparison may seem like a lot, it had been around 100% higher earlier this year. The new record low was also such a tiny move that it clearly had little impact.

Applications for a mortgage to purchase a home fell 2% for the week but were 24% higher annually. That annual comparison is notable because it’s not usually quite that large but has been running high for the past few months. Housing demand continues to be incredibly strong, driven by record low interest rates and a pandemic-induced need to nest in larger homes with space for work and schooling.

“Applications for government mortgages offset some of the overall decline by increasing 3%, driven by a solid gain in government purchase applications and an 11% jump in VA refinance applications,” said Joel Kan, MBA’s associate vice president of economic and industry forecasting. “Housing supply is a challenge for many aspiring buyers, but activity should continue to stay strong the rest of the year.”

Mortgage rates didn’t move much at all to start this week and have little incentive to make any move right now since no major economic reports are imminent. 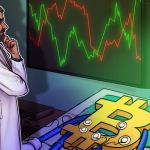 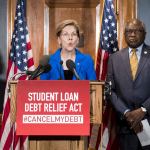