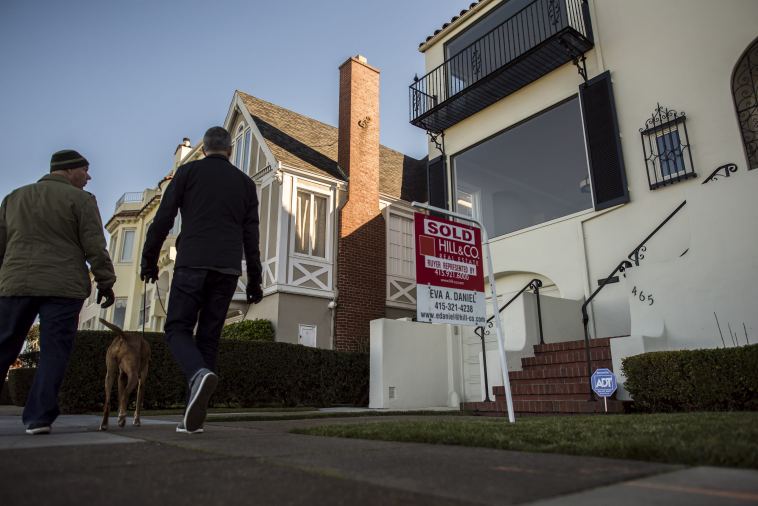 Pedestrians walk past a home with a “Sold” sign in San Francisco.

Sales of existing homes rose a higher-than-expected 9.4% in September to a seasonally adjusted annualized rate of 6.54 million units, according to the National Association of Realtors. Sales were up 20.9% annually.

Sales could be more robust if there were more homes available. The inventory of homes for sale fell 19.2% annually to just 1.47 million homes for sale at the end of September. At the current sales pace that represents a 2.7-month supply. That is the lowest since the Realtors began tracking this metric in 1982.

Tight supply continues to push prices higher. The median price of an existing home sold in September was $311,800, a 14.8% gain compared with September 2019. That is a new high for this series, dating back to 1968. It is also an all-time high when adjusted for inflation.

“Americans are splurging on spending for housing,” said Lawrence Yun, chief economist at the NAR, noting that they are also spending more on home improvements at retailers like Home Depot and Lowe’s. “Home prices are simply rising too fast.”

Prices are also driven by low mortgage rates, which give buyers more purchasing power. Mortgage rates set record lows in September but had actually popped slightly higher in August, when a lot of these contracts were signed. Rates are still, however, historically low and have been for most of the year. Rates were about a full percentage point higher last year.

Interestingly, vacation and resort home sales were up 34% annually, as more people move wherever they want in the work- and school-from-home culture of the coronavirus pandemic.

Sales of newly built homes in August were a stunning 43% higher annually, but the supply of those homes is also unusually low. Builders are having trouble keeping up with demand. They are also raising prices to keep pace with cost increases for land, labor and materials.

Correction: Sales of existing homes rose 9.4% in September, according to the National Association of Realtors. An earlier version misstated the figure. 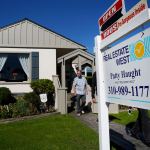 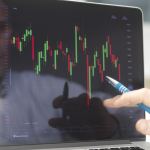