Despite a steep crash at the end of last week, stocks rallied to new highs Tuesday as Federal Reserve Chair Jerome Powell insisted during a congressional hearing that recent price spikes will only be temporary, easing concerns that unexpected interest rate hikes could tank the stock market.

Netflix, Amazon and Facebook were among stocks heading up the index’s gains, climbing 3%, 2% and 1.9%, respectively.

Testifying before the House’s coronavirus subcommittee Tuesday afternoon, Powell reiterated the Fed’s longstanding stance that rising inflation in recent months is due to transitory (or temporary) factors, including supply bottlenecks, a rebound in spending and very low inflation readings from early in the pandemic.

Powell also declared the Fed will not raise rates preemptively based on inflationary fears alone, instead saying the central bank will only react to “actual evidence of actual inflation,” which Fed officials expect could lead to interest rate hikes in 2023.

“A pretty substantial part—or perhaps all—of the overshoot in inflation comes from categories that are directly affected by the reopening of the economy, such as used cars and trucks, airplane tickets, hotel prices . . . things that we would look to stop going up and ultimately to start to decline as these situations resolved themselves, they don’t speak to a broadly tight economy,” Powell said Tuesday. “We at the Fed will do everything we can to support the economy for as long as it takes to complete the recovery.”

Rising rates and accelerating economic growth this year have spurred a stock-market rotation away from growth stocks, like those in technology, to cyclical and value-leaning slices of the market, such as energy and financial stocks. “Growth has underperformed the market, but this dynamic may not last forever,” Morgan Stanley analysts wrote in a research note last week, calling inflation the “most proximate” risk for stocks and saying any indication the Fed will raise interest rates to combat rising prices could rock the market—and hit tech stocks the hardest. The Dow finished its worst week since October on Friday, as traders worried over impending Fed hikes. Powell’s Tuesday comments, however, make it clear the Fed isn’t looking to raise rates anytime soon.

Consumer prices rose 0.6% between April and May and 5% over the 12 months ending in May—the highest annual rate in 13 years and more than economists were expecting. “Whilst it is true that the pandemic’s economic disruption has radically changed consumers’ spending patterns around the world, raising concerns around increased inflation, these levels are what we would expect and represent a short-term trend that will correct over time,” Oliver Wright, a global consumer goods  and services lead at Accenture, said of the report. 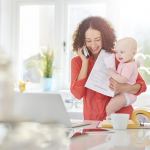 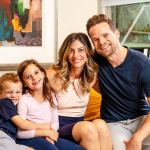