Knowing how much money there is in an economy is important for two reasons. On one hand, money is essential to grease the wheels of business; on the other, too much money risks inflation if those wheels start running too fast. In ye olden times, economists measured money using simple sums: M0 (M-zero, or MZM) for coins plus bills; M1 for MZM plus checking deposits and travelers’ cheques (remember those?); M2 for M1 plus money market funds, time deposits and CDs, and so on.

Those simple sums have been roundly criticized for being inadequate and for getting in the way of formulating effective monetary policy. For instance, traditional money measures signaled a large increase in liquidity in the wake of the 2008 Financial Crisis as the Fed tried to inject money in order to prevent an economic collapse. That mountain of money, according to the theory, should have driven both growth and inflation through the roof. As we all know, growth was tepid and inflation nonexistent. What happened?

Better measurements indicate that the kind of money that actually spurs economic growth suffered one of the worst declines in decades in the time around and after the 2008 Financial Crisis. This may sound absurd to those who condemn the Fed for what they think is reckless abandon at opening the money spigot. But the actual outcome – a brush-off with deflation and weak growth when money was supposedly plentiful – suggests that it makes sense to consider whether the way we measured money was all wrong.

In a nutshell, CFS Divisia measurements compute money in the economy according to the ease that it can be spent. This makes sense: cash in your pocket will buy you a sandwich, but your Certificate of Deposit will not, at least until you cash it, transfer the proceeds to your bank account and take them from an ATM. Despite being considered highly liquid instruments, CDs should rank below cash in terms of liquidity and be weighed accordingly.

Complicating matters, cash may not be the most liquid instrument, since you cannot use your $10 bill to buy anything on Amazon
, for example, an important consideration given that 15% of all sales take place online. In the world of e-commerce, credit cards, not cash, is the currency that moves goods and services. But credit cards are not “assets” but rather “liabilities”, so they do not feature anywhere in the traditional monetary aggregates. These are the challenges that the Divisia money measured by the CFS strive to overcome.

The difference between how liquidity is calculated using traditional and Divisia methods can be dramatic. As the graph shows, CFS Divisia M4 (the broadest measure) sank in the aftermath of the financial crisis, which goes a long way to explaining the lukewarm pace of the last 10 years.

The consequences of using the wrong measure can be very serious, according to Lawrence Goodman, president and founder of CFS. He believes that Divisia money would have sounded the alarm that liquidity was growing rapidly in the quarters leading to the 2008 Financial Crisis. If policymakers had used the right tools, they would have had a chance to address it and perhaps prevent it. Likewise, the emphasis on runaway inflation and currency debasement in the crisis’ aftermath, misplaced when looked through the lens of CFS Divisia money, led to an ill-timed fiscal austerity push that could have been avoided too, thus sparing the economy from the wrong policies that led to subpar growth.

CFS Divisia money clearly indicates that, much unlike during the response to the financial crisis, liquidity today has jumped more than at any time since the Center’s records start thanks to the convergence of fiscal and monetary policy. What this means is that the potential for money to spur growth is, for the first time in years, very real.

Some will no doubt argue that while the aggregates suggest this, they don’t say much about how the liquidity is actually distributed. The possibility that liquidity may be plentiful in some pockets of the economy and not others is not trivial. Still, there is enough in these measures to suggest that GDP growth will be very strong in the quarters to come.

If so, the stronger output is likely to turbocharge corporate earnings, making the medium-term outlook for stocks very promising even when to some they may look stretched. The counter-argument is that the aggregates also suggest, unlike in 2008, the possibility of inflation. This means that there will be a tug-of-war between the support for stock prices provided by stronger earnings and the drag imposed by higher interest rates, which usually depress multiples and dividend-discount models.

It is too early to say if inflation could become such a problem. The Fed has indicated that they are willing to risk some inflation overshooting, and this may cause some bouts of stock market volatility in the quarters to come. But the Fed also has effective tools to deal with higher prices (more so, in fact, than dealing with deflation) and our guess is that a lot will have to happen before inflation becomes a real concern. Until then, it looks like market participants may be in for a nice ride on this new wave of liquidity which, this time, is real.

This Is The Best Outlook For GDP In Years, And We Know It Thanks To A New Way Of Counting Money originally appeared on Forbes.com 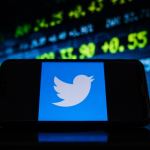 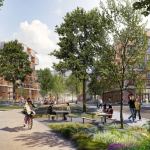