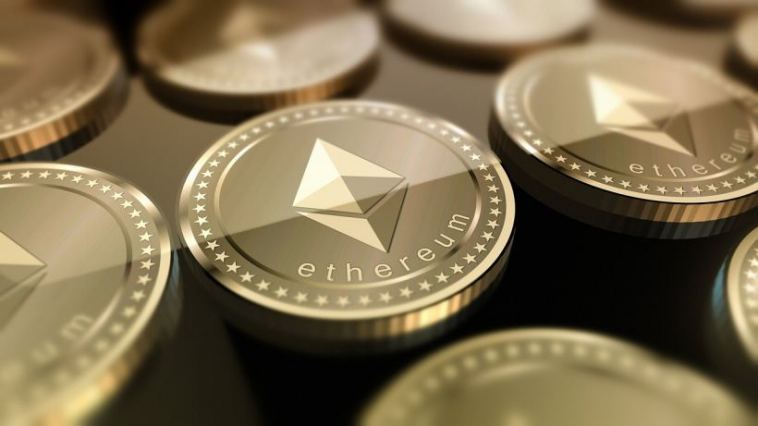 If you have been following the news and content in the field of cryptocurrencies in some way or are active in this field, you have probably heard or are familiar with the term initial coin offering (ICO).

In the field of cryptocurrencies, developers and idea makers in this field can provide funding for their project development through a method called ICO and attract many investors from around the world. In fact, the IPO of coins is an international and public offering that is one of the common terms in the field of currency cryptography.

On the other hand, in this method, which is a kind of investment, different people, newly-established companies and start-ups can invest in projects that have not started yet and hope that their project will experience favorable growth in the future. In this article, we intend to fully address the concept of initial coin offering in the field of cryptocurrencies during an interview with Mohammad Hosseini.

Mohammad Hosseini, entrepreneur and expert in the field of cryptocurrencies, was born in 1969 in the west of Tehran. He is a trader and financial markets analyst and has a master’s degree in mechanical engineering. This financial expert is the CEO and founder of Hosseini Finance complex.

What is an ICO?

An ICO or Initial Coin Offering is a way to raise capital and an investment opportunity in which a project tokens are sold before the project is launched and people can invest in it by purchasing tokens.

In the ICO, tokens from a Blockchain-based project will be used in the future, which will increase their theoretical value if the project is successful. In fact, participants invest in the project using other cryptocurrencies, such as Bitcoin or Ethereum, or Fiat currencies, such as the dollar or the euro, and receive tokens in return for the money they pay. Therefore, the ICO has many similarities with the initial public offering (IPO), but it also has major differences with the IPO, which we will discuss in another section of this article.

In addition, tokens offered in an ICO can have different economic characteristics. In fact, some of these tokens are practical tokens, and some are securities tokens and some of them are considered a currency. In fact, each token is a digital investment certificate that can be used to purchase the products or services of the token publisher or company, or it can be used as a stock for that project or company.

What is the history of ICOs?

The history of the ICO dates back to the history of cryptocurrencies, but if we want to mention a date as the origin of this new method of raising capital, this date is undoubtedly 2017. That year, $ 5.6 billion was raised through various coin initial events. Then, in the first two months of 2018, at least fifty successful ICOs were held, raising more than $ 1 billion.

At present, and despite the calm in the field of cryptocurrency, the events of the ICO are also followed more calmly. Since 2017, there have been many IPOs, only a limited number of which have been able to meet the expectations of their investors and succeed. In fact, many of the ICOs have failed, and this has opened the door for higher financial regulators. In fact, the losing investors, by complaining about the executors of this ICO and putting pressure on regulatory bodies, caused difficult rules to be set for holding the ICO. Therefore, it is no longer as easy as before to offer coins and raise capital.

How does an initial coin offering work?

When a cryptocurrency start-up wants to raise capital through an ICO event, it usually first of all publishes an article called Whitepaper, in which the concept of the project, its objectives, the required capital, the founders’ share of the issued tokens, the type of currencies accepted and the duration of the ICO are all described. During ICO, project enthusiasts and sponsors can purchase tokens by paying in common or cryptocurrencies. This token is just like a company’s stock slips that are sold during the initial public offering event.

In ICOs, if the raised capital does not provide the minimum budget required by the executing company, all the money raised will be returned to the investors. As such, the ICO fails and is considered a failure. However, if enough capital is raised, project implementers can pursue the goals outlined in their white paper, and thus the ICO can complete its work successfully.

What is the difference between IPO and ICO?

The initial public offering (ICO) pursues different goals than the initial public offering or IPO. In ICO, instead of financing a company that is entering a higher development stage, the focus is on developing products offered by a number of start-ups. These start-ups identify problems in a variety of areas and offer solutions based on cryptography and Blockchain technology.

In ICO, the company’s financial statements or past performance do not matter, and the evaluation criterion is the value that is often offered based on an innovative technology-based design. Therefore, ensuring that investors are able to understand technology-based solutions is an important variable to increase the popularity of ICOs as a new tool for raising capital.

In fact, for traditional companies, there are several ways to raise capital needed for development and growth, one of which is IPO, in which the founders of a company publicly raise a portion of their company stock. Although IPOs only deal with investors, ICOs may attract sponsors who are not very professional and only want to invest in a project.

How is scamming done through initial coin offerings?

The fact is that although ICOs are an interesting idea and can be very profitable. But unfortunately, in most cases, they are either scams or the ambitious ideas of its developers do not work out and are left without any response from investors. In 2017, many investors lost all their assets in a dream of overnight getting rich by investing in ICOs that claimed to solve problems in this area.

Since there are no specific rules on ICOs in most countries of the world, and since the ICO is a completely online process and does not require a face-to-face visit, the method used by the Ethereum development team to raise capital is now an idea. Turned out to be a scam.

In fact, scammers can easily trap uninformed investors by writing a number of ambitious (Whitepaper) articles about dream ideas and designing a glamorous website. On the other hand, since the investment amount is received in the form of cryptocurrencies such as Bitcoin and Atrium, due to the anonymity of cryptocurrency transactions, it is very difficult to track and almost after sending the money, you should not expect it to return.

How can you determine the validity of an ICO?

As mentioned above, investing in and participating in ICOs is considered a very risky endeavor because there are no specific rules and regulatory frameworks for ICOs. Among the ICOs that are held on a daily basis, it is difficult to determine whether it is fraudulent or authentic, and only cryptocurrency experts can do so. So, if you are new and have not been into cryptocurrencies for a long time, avoid investing in ICOs. However, by reading the white paper of each ICO, asking experienced activists, looking at the records of key project members, and the like, it may be possible to evaluate an ICO to some extent and find out if it is valid.

Websites like Coinschedule.com can also help you find reputable ICOs. In fact, these websites list the initial public offer of coins that have already been screened by experts and can be expected to be somewhat successful. However, do not forget to never invest in any of the ICOs alone and rely on the information of these websites.

What are the Alternative methods to ICO?

Initial Exchange Offering, or IEO, is similar to ICO, except that it is held in a large digital exchange and investors go to the exchange to buy tokens. In fact, unlike ICO, which is held directly by the team of a project, the ICO of an exchange is managed by an exchange on behalf of a startup to raise long-term capital for token sales.

Many cryptocurrency exchanges have started accepting IEOs, led by Binance Exchange. On the other hand, because large digital exchanges conduct the necessary checks before pre-selling tokens, the risk of fraud in this method is greatly reduced because there is a large exchange between investors and the development team.

Security Token Offering (STO) is another method of raising funds in the field of cryptocurrencies that is very similar to the ICO, but with features that reduce the risk of investors, will probably soon replace the previous methods. Simply put, in this method, tokens must be registered as securities that need to go through legal processes.

In fact, given that the law guarantees the validity of securities ownership, in the STO, investors have a legal and formal role to play in advancing the project, and the developers and project team are legally authenticated. In addition, this method greatly reduces the investment risk and the commitment of developers will be significantly more credible.

What is a Pre-ICO?

Tokens that are sold before ICO are called Pre-ICO. Sometimes, a company does not have the capital to hold an ICO, so it sells some of its tokens at a cheaper price than before. In fact, buying these types of tokens is usually a good idea, and their limited inventory may run out in a matter of seconds. So if you are looking to buy Pre-ICO tokens, you should always follow the ICO news.

Of course, these types of tokens are not easy to find, as they are often held for a limited number of investors who are supposed to play the role of unique investors in the project. In this way, the startup can use the money raised in the Pre-ICO to raise more capital in ICO.

How do you buy into an ICO?

Buying an ICO is easier than you think. In fact, if you want to buy an ICO, you have to register in one of the digital exchanges that Iran and users with Iranian IP are not on the sanctions list, and then send the equivalent of the token amount you want to buy to the exchange account and exchange make the purchase for you and then the token bought at the ICO will be credited to your wallet account.

Basically, ICO investors hope to see the success of projects and companies that have bought shares in the form of tokens after a while. If these projects or companies succeed, the value of their tokens will increase dramatically, and as a result, investors will receive huge profits. Therefore, the potential for high returns is one of the salient features of ICOs for investors. Of course, it should not be overlooked that investing in an ICO is more risky than participating in an ICO, because it is far from the reach of regulators.

In addition, at present, it seems that the growth of ICOs will continue, and with the growth of relevant technologies and gaining more experience in the market, investors will become more experienced and the quality of ICO and projects and companies behind them will improve.

On the other hand, in the coming years, regulators and legislators will probably pay more attention to the ICO, and laws may even be passed to protect investors from fraudulent offering and fraud in this area. 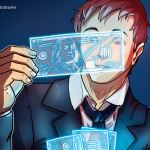 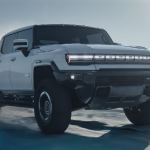