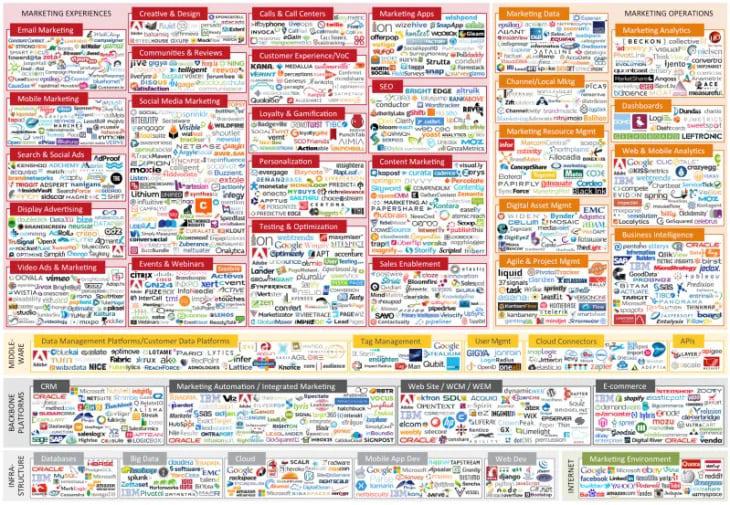 If there’s one truism in digital advertising, it’s that there’s Google, there’s Facebook, and then there’s everyone else. After all, the adtech duopoly raked in 65% of digital ad revenue in 2021, according to eMarketer.

But could we be on the cusp of a reversal of this decade-long trend?

Part of what’s happening is that we’re also seeing major changes in the overall ecosystem.

First, as mobile has become the dominant medium, mobile-first ad networks have taken on increasingly large roles in advertising as a whole, mirroring the nearly-completed shift from TV/offline to digital from a decade ago. Second, players in the lucrative mobile app install niche, rocked by Apple’s recent privacy changes and Google’s much-rumored impending ones, have very intentionally acquired competitors and adjacent functionality to get bigger, acquire more first-party data, and compete with the big platforms.

But will that be enough?

“We truly are that scaled alternative to big tech — Facebook, Google, and others — able to really help the mobile marketer build and grow their engaged mobile audiences,” Liftoff CEO Mark Ellis told me in a recent TechFirst podcast. (Full disclosure, I co-host a podcast for Liftoff.) “And most importantly, we are independent from the perspective that we don’t own content or other assets that may compete with those customers we serve.”

And they’ve done that fueled by capital from the public markets and private equity first.

Publicly-traded ironSource boasts a $9.2 billion market cap and an arms-length list of acquisitions: Upopa, Supersonic Ads, Soomla, Luna Labs, Tapjoy, Bidalgo, Supersonic Games, and more. $35 billion competitor Applovin bought Twitter’s MoPub in a splashy billion-dollar acquisition just recently, adding it to a gaudy trophy case already decorated with logos like Lion Studios, MAX, SafeDK, Machine Zone, and Adjust. And other players like Digital Turbine have built up their own armory of market share, capabilities, and customers with a shopping list that included AdColony, Fyber, and Appreciate.

Add it all up, and the formerly fragmented world of thousands of mobile adtech companies is starting to coalesce: something that is likely to only accelerate.

Google and Apple are playing a role here, says Ellis.

Increased demands for privacy are leading to fewer opportunities for data sharing. Since third-party data can’t be shared but first-party data can still be accumulated, the industry solution has been to team up.

“There certainly have been some changes that have been imposed with Apple’s SKAN and ATT framework, formally introduced in April of this year, announced June of last year,” he says. “And I think Google is also starting to take some steps in a direction that’s meant to support greater user privacy around user data.”

More first-party data means increased ability to see, recognize, and record data about devices and people. And that means more ability to target ads to them: something that used to be simple using third-party data.

But there’s more to it, Ellis says.

“I also think we’re in a phase of this cycle of industry evolution where there is some consolidation and vertical integration so that there could be fewer more-scaled partners to marketers that are able to do more,” Ellis added. “It helps the customer have more efficiency, both with leveraging their customer datas and their ad budgets, and allows scaled partners to be able to drive better outcomes at scale.”

Liftoff, which says it serves over a billion ads a day, is not immune to this industry trend to bigger consolidated advertising networks. It has merged with Vungle, which itself runs ads on over a billion unique devices and had already bought four other adjacent companies: AlgoLift, GameRefinery, JetFuel, and TreSensa.

Both are owned by private equity investment firm Blackstone, which has around $600 billion in assets under management, and which clearly felt that one big asset is better than two smaller assets.

At least in advertising.

But there’s a long way to go to Google or Facebook size.

If Google fulfills almost 100,000 search requests a second and each has an average of 5 ads, that’s 43 billion a day. And that doesn’t count Google display ads shown on millions of websites and inside more than 600,000 apps. I would not be surprised if Google was running over 100 billion ads every single day.

No ad network competitor comes close to that. Except, perhaps, for Facebook.

Listen in on the interview for this story:

Adding to the problem for the new wannabe adtech titans: thanks to growth privacy requirements, good old-fashioned walled gardens are coming back in style.

Reddit, AKA “the front page of the internet” recently cut off programmatic advertising access to its inventory. If you want to run ads on Reddit: you’ll need to contract with Reddit directly. That’s becoming more and more lucrative for platforms that own their own inventory like Snap, Twitter, Pinterest, TikTok, and others. Like the recognized giants Google and Facebook, they have deep knowledge of user habits and preferences thanks to people’s long and intense engagement with platform content and services, providing good first-party privacy-safe data for ad targeting.

All of which, of course, somewhat freezes out traditional ad networks that thrive on open systems that allow any ad network to sell any inventory.

That’s likely one of the reasons some of the ad networks have bought apps where their ads can be displayed. ironSource bought Supersonic Games, Applovin bought Machine Zone and owns Lion Studios, which churns out games like Matchington Mansion, Project Makeover, Final Fantasy XV, and Game of War.

And it probably means that many, flush with cash from IPOs and private equity firms, will continue to acquire competitive and complementary puzzle pieces.

Certainly the combined Liftoff and Vungle will.

“We have a lot of ideas around new product innovation and unfortunately we only have so many people on the building side of Liftoff + Vungle,” says Ellis. “We will certainly continue to push a lot of organic innovation and new products, but yes, we will augment that with inorganic or acquisitive growth.”

Not everything is big enough to fragment into castles of content served by inside-the-moat owned ad tools — content fortresses as industry analyst Eric Seufert dubs them — so general purpose ad networks, if I can call them that, will continue to serve a purpose.

And of course castles of content like Facebook, or of services like Google with search and email and video, are only attractive as long as people want to come into the castle. Your own ad tools to serve your own platform so brands can access people inside the walls is lucrative only if there are enough of them to be interesting for advertisers. So any loss of audience — like Meta’s core Facebook offering with younger people, for instance — could reveal cracks in the castle walls.

There’s another problem with some of them: measurability of impact.

“In the case of some of the bigger tech, they are self-attributing networks,” says Ellis. “So in essence, they grade their own homework and they set the standard by which they say how they did with regards to a customer’s campaign. I think that customers should demand more, should demand greater transparency and really some uniform way of assessing how their dollars performed in one environment versus another.”

As things stand now, the castles are stronger than ever, thanks in no small part to Apple’s privacy initiatives that make first-party data more valuable than ever, and third-party data harder to get.

But as the new titans — mini titans so far — continue to grow organically and acquisitively, the balance of power in adtech might shift.

Last month Facebook blamed Apple’s privacy regulations for a lower-than-expected quarterly result, and Snapchat (yes, Snap) blamed Apple too for a revenue miss that caused a 25% stock drop. Google, so far, has sailed through unblemished, probably thanks to a more diversified portfolio of properties and ad experiences than Facebook, and thanks to the fact that search as a proxy for purchase intent is still much more valuable to advertisers than social media.

But this year, more than ever in the past few, we’re seeing the chance — just the chance, mind you — that the adtech industry is minting new titans.

And that the duopoly (triopoly if you include hard-charging Amazon) is not as unassailable as it may once have appeared.

Subscribe to TechFirst; get a full transcript of our conversation.

Are The Emerging Titans Of AdTech Credible Competition To Google And Facebook? originally appeared on Forbes.com 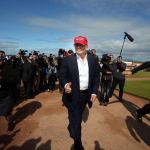 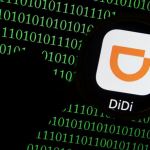