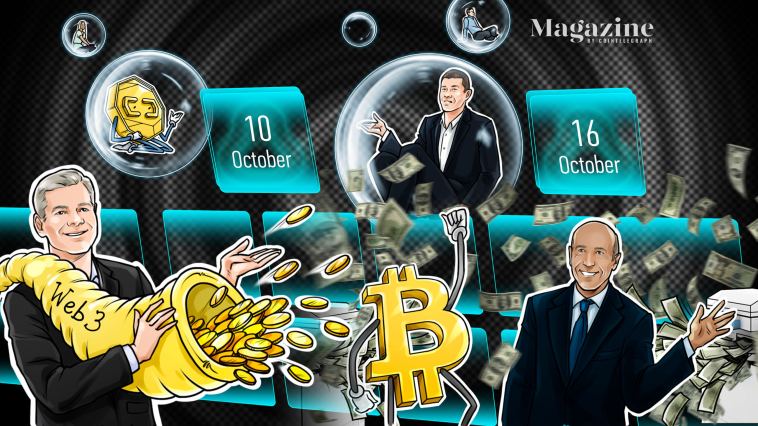 Coming every Saturday, Hodlers Digest will help you track every single important news story that happened this week. The best (and worst) quotes, adoption and regulation highlights, leading coins, predictions and much more a week on Cointelegraph in one link.

Binance to launch $1B fund to develop BSC ecosystem

Binance, the worlds biggest cryptocurrency exchange, announced an accelerator fund worth a whopping $1 billion this week. The funds will go toward supporting the development of the Binance Smart Chain ecosystem.

Binance outlined that the 10-figure sum will be part of a tiered development model across four specialist areas: Talent Development, the Liquidity Incentive Program, the Builder Program and the Investment & Incubation Program.

The largest benefactor of the fund is said to be the Investment & Incubation Program, which will receive around $500 million, according to Binance. The branch will focus on multichain expansion in areas such as metaverses, gaming, virtual reality and artificial intelligence.

Coinbase announced on Tuesday that it is launching an NFT marketplace later this year. The platform will initially support tokens from the Ethereum blockchain and will be launched in the U.S. before being expanded globally.

Given that Coinbase tallied around 68 million verified users and 8.8 million monthly active users in Q2, the firms new NFT platform could soon mount some serious competition to giants such as OpenSea.

Evidence of this was seen after the announcement, as sign-ups for the waitlist reached almost 1.1 million people within 48 hours. In contrast, data from DappRadar shows that OpenSea has a rolling 30-day average of 261,000 active users.

The G7 determined that any newly launched CBDCs should do no harm to the central banks ability to maintain financial stability, suggesting that harm to individual sovereignty by tracking ones spending habits and programming their money is on the table.

Some of the CBDC-focused policies included mandates that the digital currencies must be energy efficient and fully interoperable on a cross-border basis, along with complementing the current cash-based system.

Crypto lending platform Celsius Network raised $400 million in an equity funding round led by Caisse de dpt et placement du Qubec and WestCap. The firm said it will use the fresh capital to double its headcount to around 1,000 employees and expand its offerings and products.

Its not $400 million. Its the credibility that comes with the people who wrote those checks, Celsius Network co-founder Alex Mashinsky said in an interview with the Financial Times on Tuesday.

Another firm to close a capital raise was crypto risk management company Elliptic, which raised $60 million in Series C funding. The round was led by Evolution Equity Partners and included support from SoftBank Vision Fund 2, AlbionVC, Digital Currency Group, Wells Fargo Strategic Capital and SBI Group, to name a few.

Reports surfaced on Monday that two of the top engineers working on Facebooks spooky digital currency project packed their bags and took a hike to venture firm Andreessen Horowitz (a16z).

The engineers who escaped the clutches of Mark Zuckerberg are named Nassim Eddequiouaq and Riyaz Faizullabhoy. The duo spent two years working on Facebooks digital wallet dubbed Novi. Faizullabhoy will serve as the chief technology officer of a16z’s crypto division, while Eddequiouaq will take on the role of the chief information security officer.

Andreessen Horowitz has shown an impressive dedication to advancing the entire crypto ecosystem over the past decade, and we jumped at the chance to join their premier team and provide technical support to their rapidly expanding portfolio, Faizullabhoy said.

Bitcoin is a lot less risky at $43,000 than it was at $300. Its now established, huge amounts of venture-capital money have gone into it, and all the big banks are getting involved.

I can say I have a gold ETF or a Bitcoin ETF, but Im storing that gold in my basement. Is the SEC going to allow that? Probably not. Unless companies can show they can custody it and actually address a lot of the issues Gensler specifically mentioned, its not going to work.

Im not a student of Bitcoin and where its going to go, so I cant tell you whether its going to $80,000 or zero. But I do believe that there is a huge role for a digitized currency, and I believe thats going to help consumers worldwide whether its a Bitcoin or something else, or more of a governmental official digital currency, a digital dollar, that will play out.

We haven’t even gotten to the parabolic growth part of Web 3, which is going to create untold wealth.

The reason I own Bitcoin is because the U.S. government and every government in the western hemisphere is printing money now to the end of time.

Broadly, weve gone through a long period of low inflation, and weve got central banks experimenting in uncharted territory with very, very loose monetary policy. Its perfectly reasonable for people to want an alternative to fiat currency.

Were constantly in a bubble in crypto because theres still so much to build.

Regulatory approval of a physically-backed Bitcoin exchange-traded fund (ETF) has eluded the crypto industry for years. A roundabout approach to the equation may become reality, however, with several entities seeking approval from the U.S. Securities and Exchange Commission (SEC) for a Bitcoin ETF based on futures rather than a physically-backed alternative.

Bitcoin futures ETFs said not to face any opposition at SEC, according to multiple sources confirming this (aside, Im hearing same thing), Balchunas tweeted along with an article from Bloomberg. Pretty much done deal. Expect launches next week. Balchunas said he personally thinks approval is more than 90% likely. Early in October, Balchunas mentioned 75% odds for Bitcoin futures ETF greenlighting in October.

The Commission, however, could also delay its decision. Cointelegraph published a separate article this week covering comments from Todd Rosenbluth, CFRAs senior director of ETF and mutual fund research, who noted Bitcoin futures ETF approval may not arrive until 2022.

Meanwhile, evidence surfaced on Friday showing the groundwork being laid for a potential SEC approval of Valkyries Bitcoin futures ETF. Shares of the ETF received registration approval on the Nasdaq by the SEC. Although the SEC could decide to postpone a ruling for this particular ETF until December, the current deadline sits on Oct. 25.

Top crypto mining equipment provider Bitmain closed its doors in China on Oct. 11. The firm was forced to halt operations following the Chinese governments latest pushback against crypto and the devilish freedom it represents.

The firm said its move to halt the shipping of crypto mining rigs was part of a response to Chinas carbon-neutral policies and environmental targets. However, Bitmain will continue to supply Antminer crypto mining rigs to users across the world, including those in Taiwan and Hong Kong, while the company has also upped its production capacity for its Antbox mobile mining containers.

From October 11, 2021, Antminer will stop shipping to mainland China. For customers in mainland China who have purchased long-term products, our staff will contact them to provide alternative solutions, Bitmain said in an announcement.

Even though Bloombergs Eric Balchunas noted significant possible odds for a Bitcoin futures-based ETF approval during the week of Oct. 18 (as covered above), CFRAs Todd Rosenbluth expressed a different view earlier this week.

While he admits that a Bitcoin futures product is likely to be the first to be given the green light by the SEC, Rosenbluth asserts that the crypto sector may have to wait until next year due to the clouded regulatory environment.

The researcher also suggested that regulators could be waiting for all of these products to meet their targets so that they can be approved simultaneously to avoid a first-mover advantage.

On Wednesday, it was reported that Matis Meker, the head of the Estonian Financial Intelligence Unit (FIU), urged the Estonian government to snatch back all crypto exchange licensing in the state.

Meker is reportedly seeking to re-establish the regulatory landscape surrounding crypto, pushing it in a new direction. The FIU head asserted that the public is unaware of the risks inherent to the crypto industry, while pointing to the regular tropes of naughty behavior such as money laundering, terrorism financing and hacking.

He also argues that, in its current state, the Estonian crypto industry neither creates jobs for citizens nor contributes anything significant to the countrys tax authorities.

These risks are very, very high. We need to react cardinally and very quickly, he said.

US debt ceiling crisis: A catalyst for crypto’s ultimate decoupling?

Many within and beyond the crypto industry believe that the political standoff around the debt ceiling increase makes digital assets more attractive in the long run.

Introducing crypto and blockchain into football isnt easier than scoring a back-post tap-in: We had to educate a lot, explain how it worked and why it was interesting for them.

The Metaverse, play-to-earn and the new economic model of gaming

The gaming industry is rapidly growing, and the emerging play-to-earn model coupled with blockchain and the Metaverse is the future. 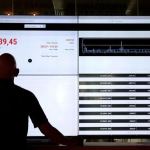 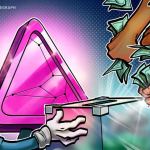