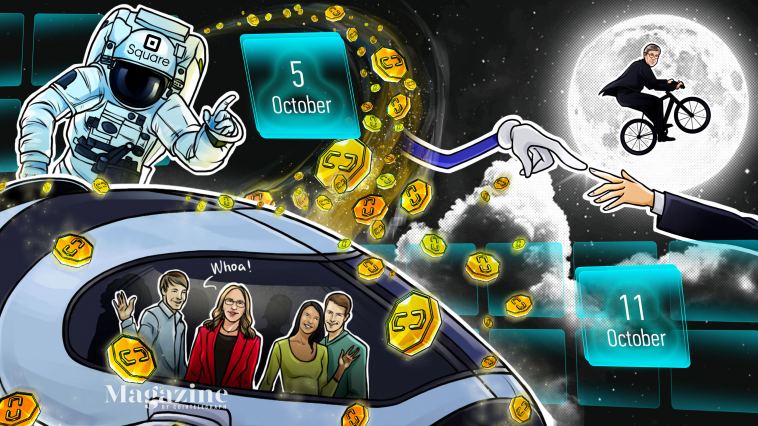 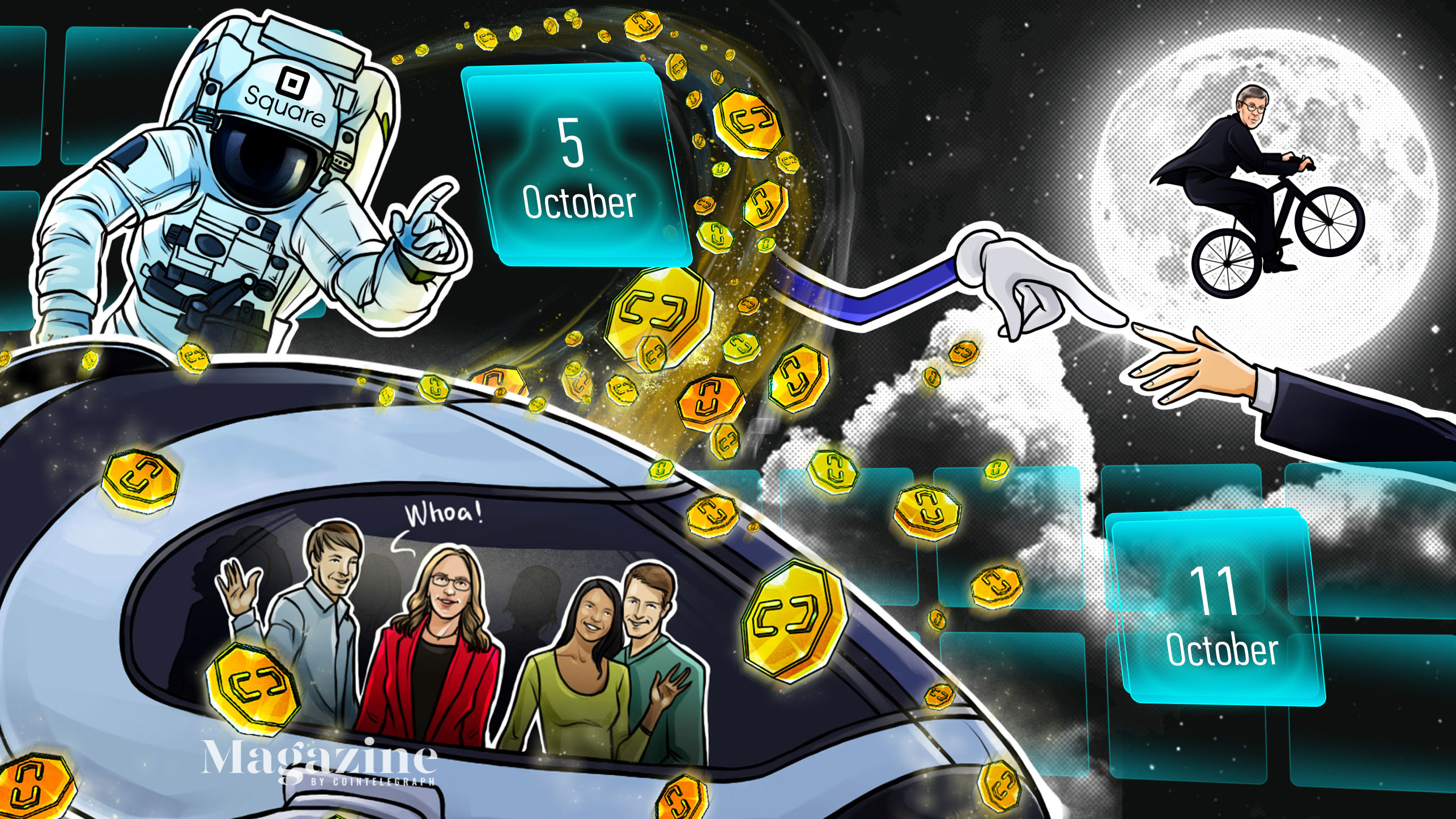 The best (and worst) quotes, adoption and regulation highlights, leading coins, predictions and much more — one week on Cointelegraph in one link!

Coming every Sunday, Hodlers Digest tracks every important crypto news story from the previous week. Essential reading for all Hodlers!

At last. Bitcoin rallied to $11,448 on Friday, finally breaking above the symmetrical triangle where the price had been compressing for the past 30 days.

Earlier in the week, BTC had dropped to $10,528 when Donald Trump suggested negotiations on a second stimulus package wouldnt happen until after the election.

But there were reasons to be cheerful. In a surprise move, Square announced it had acquired 4,709 BTC, describing it as an instrument of economic empowerment. This helped Bitcoin turn bullish bringing $12,000 back into view.

All eyes now are on the U.S. election, and whether itll impact Bitcoins price. One trader, BigCheds, told Cointelegraph a clear winner wont affect crypto too much, but he believes we should see a bounce in risk-off assets like gold and Bitcoin if the result is contested.

In an interview with Cointelegraph, she admitted that the Securities and Exchange Commission has been very slow in giving guidance, even though interest in digital assets is growing.

I think were going to be forced to confront that more and more in the coming years, Peirce said.

In other regulation news, U.S. Attorney General William Barr published official guidelines for keeping crypto markets accountable and said the space could fundamentally transform society. His framework gives examples of crypto being used legitimately and illegally and sets out a game plan for the future.

Meanwhile, the Department of Justice said it has jurisdiction over foreign crypto companies that touch U.S. servers and warned rogue states such as Russia, Iran and North Korea could use crypto to fund cyberattacks designed to undermine national security.

You can watch Hester Peirces interview with Cointelegraph here.

He was arrested on Oct. 1 after being accused of flouting money-laundering rules in violation of the Bank Secrecy Act, as well as illegally offering derivatives trading to U.S. retail customers.

Reed has deposited $500,000 in cash with the court as part of the agreement, and his bond will be forfeited if he fails to appear in court or doesnt surrender to serve any sentence the court may impose. His passport has also been seized.

His fellow co-founders and colleagues Arthur Hayes, Ben Delo and Gregory Dwyer are all indicted with the same charges and remain at large.

BitMEX announced sweeping changes to its top leadership this week, meaning the exchanges three co-founders will no longer hold executive roles. But David Carman, a former Chicago Board Options Exchange trader, told Cointelegraph that the damage may already have been done, and the legal drama could scare off mainstream institutions.

Shenzhen to hand out 10 million digital yuan in currency giveaway

Even central bank digital currencies can have an airdrop.

The Chinese city of Shenzhen is distributing 10 million digital yuan (worth $1.5 million) to 50,000 lucky recipients through a lottery system.

Winners will have one week to spend their prize at more than 3,300 merchants in the citys Luohu District.

All of this comes as the Chinese government continues to promote the digital yuan to the public and a pilot program is currently taking place in nine cities.

In other CBDC news this week, seven central banks joined the Bank for International Settlements in producing a report that sets out how these digital assets should be designed.

But in a rather curious development, BIS admitted that none of the central banks involved in the research have actually decided whether theyll issue a CBDC of their own. 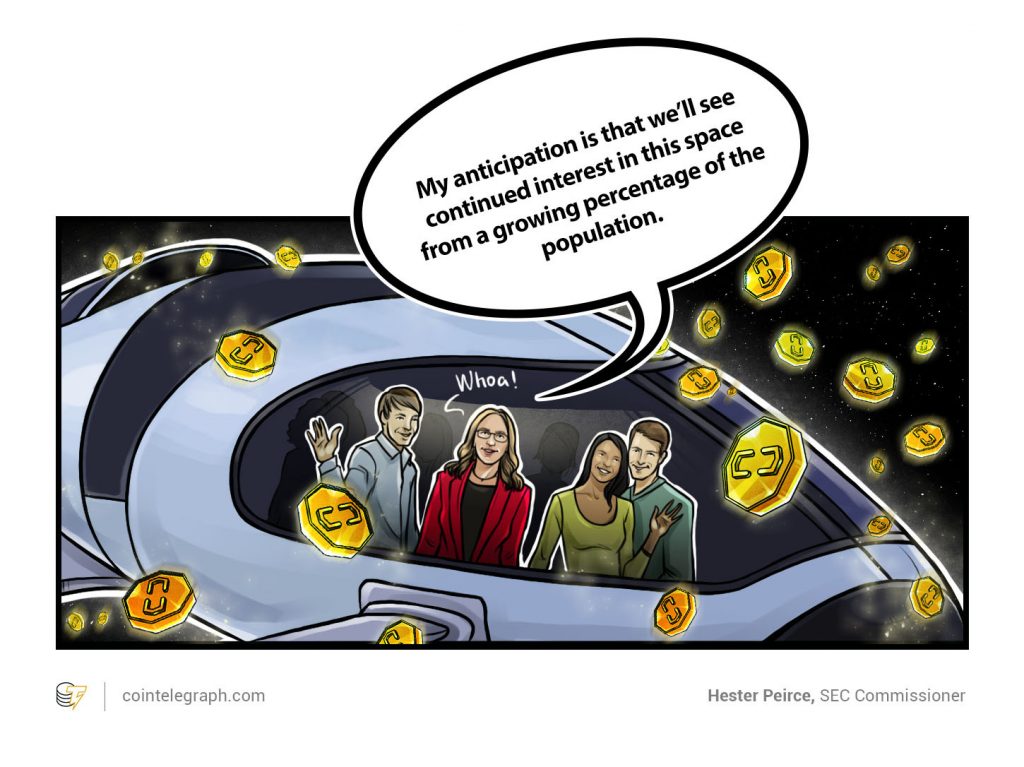 John McAfee has been arrested in Spain on tax evasion charges, and he is now awaiting extradition to the United States.

He faces five counts of tax evasion covering the years 2014 to 2018, and if convicted, he could face a sentence of five years in prison and a $250,000 fine for each count. McAfee has also been charged with five counts of willful failure to file taxes.

On the same day, the U.S. Securities and Exchange Commission filed a suit against McAfee for allegedly promoting ICOs without disclosing he had been paid to do so. Its claimed that he earned $23 million as a result.

In a message conveyed through his wife, Janice, McAfee said: Hello from prison my friends. I am having a fascinating time. Spanish prison is not that bad. We can wear whatever clothes we want. We can smoke and socialize. Its like the Hilton without turn down service. 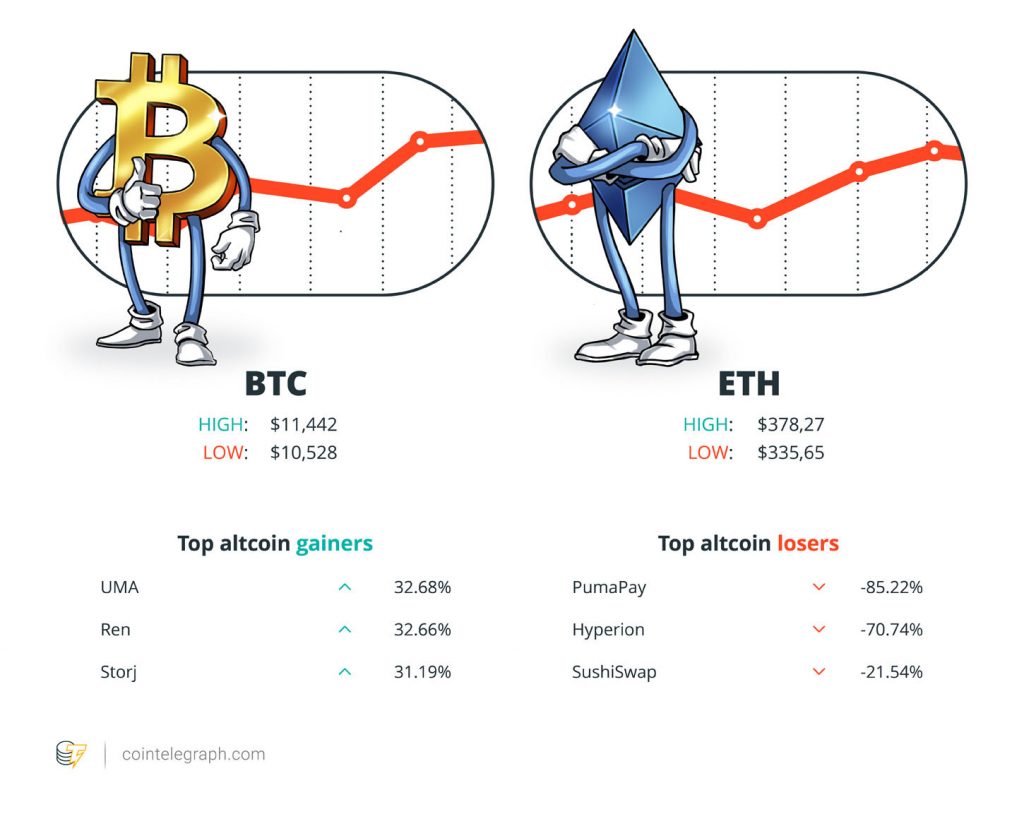 If we have a clear winner and an easy transition of power, I do not see much of an impact on the price per coin. On the other hand, if we have a close and/or contested election, we should see a bounce in risk-off assets like gold and Bitcoin.

Andre said he wont be tweeting anymore. People got what they asked for Crypto community at large has always been childish and irresponsible, which is the reverse of what Andre has been preaching. This witch hunt is something else, the last week has been very demoralizing.

There are many reasons why the price of Bitcoin can rise or fall, but S2F is not one of them.

There is more hype around NFTs right now. To some extent its an extension of the DeFi excitement. We have seen with DeFi that once a trend starts it creates a snowball effect.

The crypto market has been engulfed in a sea of red this week, with most DeFi blue chips recording double digit losses over the past 7 days.

Whats BitMEX thinking of? What are any of these companies thinking of that they can operate like this and not be above board and be honest and have a high level of integrity, and be transparent. What do they think is going to happen here?

Ive never been this excited about the potential of #Bitcoin for significant price appreciation in the short term (less than 18 month time frame.) 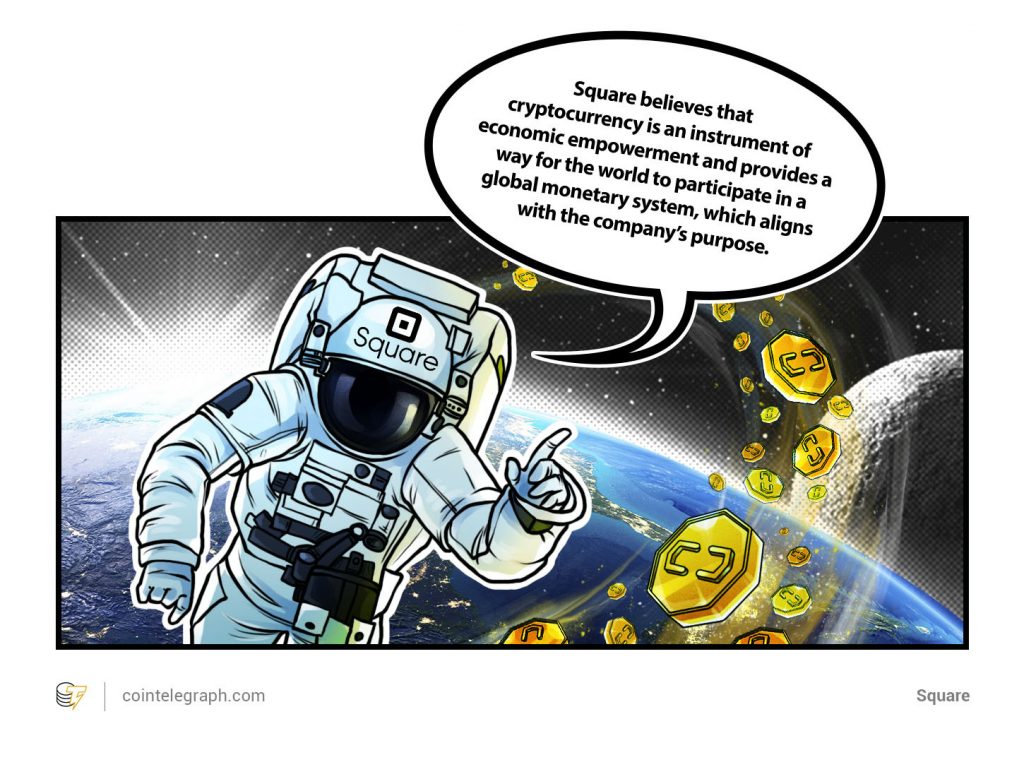 Adam Back has said it is conservative to think that Bitcoin will hit a $1-trillion market cap by 2025 and believes it could happen within two years.

This would result in Bitcoin surging to a price of approximately $50,000 per coin.

For the Blockstream CEOs prediction to come true, Bitcoins market cap would need to increase by almost 400%, given how it currently has a valuation of about $210 billion.

Other crypto executives also believe theres a lot to get excited about.

Bill Barhydt, the CEO of the payments gateway Abra, tweeted this week: Ive never been this excited about the potential of #Bitcoin for significant price appreciation in the short term (less than 18 month time frame.)

At least 60 Coinbase employees are planning to leave the exchange after controversial adjustments were made to the companys policies.

Coinbases CEO, Brian Armstrong, had said that staff would be expected to avoid political and social distractions and focus on building an open financial system for the world. Employees who felt uncomfortable with this direction were invited to accept a generous exit package worth between four and six months pay.

Armstrong has now revealed that about 5% of Coinbases workforce has decided to accept the offer, and additional workers have expressed an interest in leaving as well.

Some had feared that the cultural shift would affect the companys under-represented minority population. But according to Armstrong, people from such groups have not taken the severance package in disproportionate numbers.

In an email to the staff left standing, he wrote: While having team members leave is never easy, I think we will emerge as a more aligned company from this. From time to time we need to rearticulate and clarify our cultural norms as we continue scaling.

One of Australias best-known entrepreneurs has threatened to sue The Guardian after it hosted ads that linked to fake articles suggesting he is promoting a fake Bitcoin investment scheme.

Dick Smith has vowed to start defamation proceedings against the media outlet within 14 days unless his legal team receives a satisfactory response.

Although The Guardian has been taking down ads once notified, Smiths lawyer warned that does not prevent Australian readers from falling victim to this prolific cryptocurrency scam.

Smith has been battling the ads on various platforms for months. In his case, the fake articles were about how to make money easy and get rich in a few days using cryptocurrency.

75 crypto exchanges have closed down so far in 2020

Crypto exchanges are disappearing at a fast rate this year. At least 75 of them have shut down due to hacks or scams, with some simply vanishing into thin air.

According to research by the Crypto Wisser Exchange Graveyard, five of the exchanges are believed to have been scams, four were hacked, 31 were shut down voluntarily, and 34 were labeled MIA for disappearing with no explanation. Two were shut down by governments.

There are some macro trends that help explain why so many smaller exchanges are failing. The growth of DeFi and the rise of decentralized exchanges in 2020 have put the final nail in the coffin for many smaller operations.

Regulatory pressure has also increased since the early days of the industry, and many exchanges simply havent been able to keep up with the requirements. 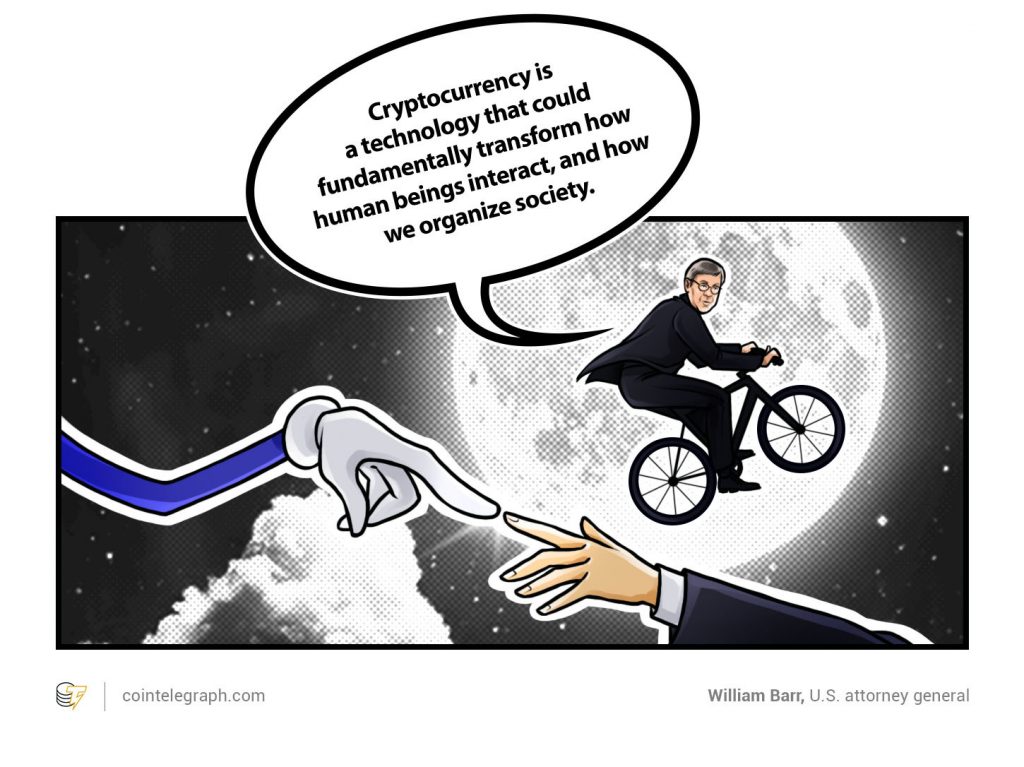 How do North Koreas hacking groups operate, how serious is the issue, and what can be done to stop them? Cointelegraph Magazines Alex Cohen takes a look.

These are the end days for crypto criminals, and good riddance

Nobody who believes in crypto wants it to be a sector beholden to criminality or poor commitment to security, Paul de Havilland argues.

NFTs take on DeFi? Nonfungible tokens push to be the next crypto craze

NFTs have been gaining traction in the background, but where is the industry headed? Antnio Madeira takes a look. 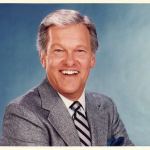 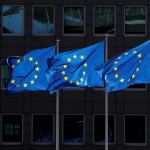