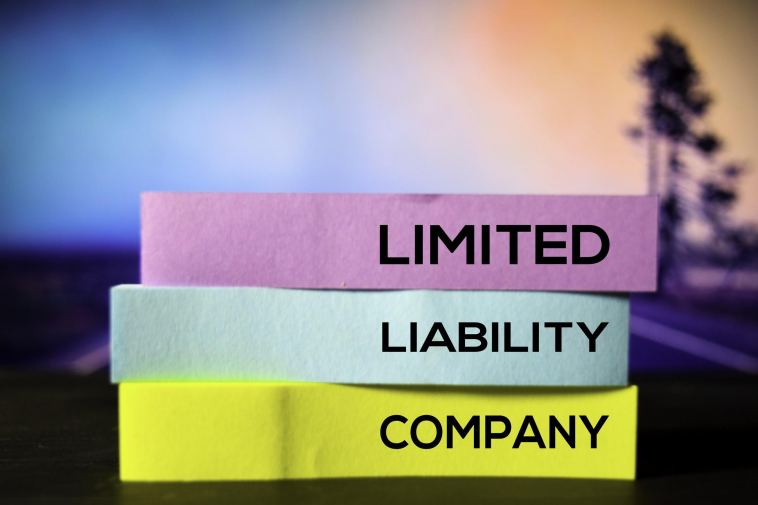 There was, however, a slight problem with the merger: Stockholders having 10,304 common shares of Holdings dissented from the merger, and asked — as allowed by Delaware law — that their shares be subject to a statutory appraisal, and that they be paid the appraised value. That appraised value turned out to be $57.7 million, and the shareholders were awarded a judgment for that amount against Holdings.

For the shareholders, this was only the start of more problems since Holdings didn’t have the cash to satisfy the $57.7 million judgment, but now owned only interests in SourceHOV. The shareholders thus filed a motion for a charging order against Holding’s membership interest in SourceHOV. This charging order was granted on August 15, 2020, and required that all distributions from SourceHOV that would have been paid to Holdings be instead paid to the shareholders towards satisfaction of their judgment.

All of this led to the opinion of the Delaware Chancery Court that I shall now relate. As a preliminary note, some of the facts that are discussed in the opinion relate to allegations in the shareholders’ verified complaint which the court was required to accept as true, although at this stage of the proceedings there has not been an evidentiary hearing as to some of these facts to establish them as so.

The Chancery Court noted that while a charging order is the “exclusive remedy” for a creditor to satisfy a judgment against a debtor/member’s LLC interest, that limitation is only against the use of other remedies, such as the shareholder’s unjust enrichment claim. However, the “exclusive remedy” limitation does not, according to the Chancery Court, prevent the Court from making an inquiry as to which entities the charging order should apply to, which then implicates the shareholders’ veil-piercing claims.

Looking at traditional veil piercing (piercing the entity shell to asset liability against the owner), the Chancery Court noted that while numerous factors might be examined, such as undercapitalization or failure to following formalities, at the end of the day, “[a]n ultimate decision regarding veil-piercing is largely based on some combination of these factors, in addition to “an overall element of injustice or unfairness.” Weighing the allegations in this case, including, critically, that the A/R facility allowed Exela to divert payments from the SourceHOV subsidiaries around SourceHOV and directly to Exela, thus depriving the shareholders of those payments, the court concluded on this point that “[a]ssuming the pled facts are true, it is reasonably conceivable that it is necessary to pierce the SourceHOV Holdings corporate veil to avoid fraud and injustice.”

This now brings us to the most interesting part of the opinion, which begins:

As to outsider reverse veil-piercing, a concern is that the vehicle might be abused to harm truly innocent parties. The Chancery Court thought that while this was an important concern, it was something that could be mitigated through proper judicial supervision. Next, after surveying some of the leading court opinions nationwide on the topic of reverse veil-piercing, the Chancy Court noted that while Delaware will protect “corporate separateness”, at the same time it would not allow that separateness to facilitate fraud or injustice. Applying the factors for traditional veil-piercing against the shareholders’ allegations about what Exela had done, the Chancery Court held that the enough of the factors had been satisfied to allow the case to further proceed.

But is reverse veil-piercing allowed under the Delaware LLC statute? This is where we reach two paragraphs of insightful reasoning offered by the Chancery Court:

“Section 18-703(d) provides that when a judgment creditor obtains a charging order with respect to a member’s LLC interests, that order functions as the exclusive remedy by which the judgment creditor may satisfy its judgment. The statute explicitly prohibits a judgment creditor from pursuing claims for ‘attachment, garnishment, foreclosure or other legal or equitable remedies’ against the judgment debtor’s interest in the LLC. The canon of construction, ejusdem generis, provides that ‘where general language follows an enumeration of persons or things, by words of a particular and specific meaning, such general words are not to be construed in their widest extent, but are to be held as applying only to persons or things of the same general kind or class as those specifically mentioned.’ So construed, the phrase ‘other legal or equitable remedies’ in Section 18-703(d) is modified by the specific list of remedies mentioned before that phrase. And the remedies listed ‘involve traditional common law actions by which a creditor may seize particular property of a debtor.’

“This construction makes perfect sense; each of the enumerated remedies are other means by which to force the judgment debtor to pay a creditor’s judgment and, thus, would be displaced by the exclusive statutory remedy of the charging order. The reverse veil-piercing claim, as asserted here, does not rest on or invoke a remedy other than the charging order; it, instead, seeks a judicially sanctioned expansion of the entities against whom the Charging Order may be enforced. In other words, if the court determines that the SourceHOV Subsidiaries fall under the purview of the Charging Order, then Plaintiffs’ only remedy against those entities would still be enforcement of the Charging Order. Any attempt to pursue separate legal or equitable claims, or to seek attachment, garnishment or foreclosure against any one of those entities would be barred by statute.”

The bottom line was that the Chancery Court used reverse veil-piercing not as a “remedy” per se, but rather as a vehicle by which the entity object of the charging order was enlarged to encompass the necessary other closely-affiliated entities so as to give that charging order practical effect.

In sharp contrast, the shareholders’ unjust enrichment claim was just the sort of other remedy that the charging order statute’s exclusivity provision worked to prohibit, and therefore the Chancery Court kicked out that claim. The end result of this opinion was thus that reverse veil-piercing could be applied to expand the application of the charging order to other entities, and the litigation would proceed on that basis towards trial.

In regards to charging orders, few things cause such utter confusion as the horrendously worded statutes that attempt to define charging order exclusivity. This is because, as I wrote in my article published in the South Dakota Law Review entitled Charging Orders: The Peculiar Mechanism, the entire remedy of the charging order is a “statutory bastard” that shouldn’t exist at all, at least in American law, but instead is a result of a drafting flub that goes back to the Uniform Limited Partnership of 1916 and has been carried forward ever since.

The goal to be accomplished is a simple one: The creditor should be limited to a lien on the debtor/member’s interest, and while that lien exists all the distributions made by the LLC to that interest should go towards the satisfaction of the judgment. But instead of just saying that and being done with it, the drafters of the LLC acts have again and again outsmarted themselves with a convoluted statutory scheme in which this “exclusive remedy” language appears and spreads its poison across the North American continent like a legal Chernobyl.

The root of the problem lies in the fact that the term “remedy” is itself an amorphous concept and incapable of clear definition. The term also varies from state to state, and is further confused by the fact that the judgment enforcement laws of many states enumerate what they consider to be “remedies” — but these lists were typically developed whole decades prior to LLCs even coming to existence, and thus to use these lists as the tests can cause all sorts of unforeseen problems. Next, there are those things which are not enumerated remedies, but instead are “remedy like” or pseudo-remedies, such as in this case reverse veil-piercing.

Here the Chancery Court sees these problems as their appear in the context of this case, and attempts to navigate around them through the ingenious artifice of saying that reverse veil-piercing really isn’t a remedy at all, but rather simply a way to expand the target of the real remedy, which is the charging order itself. Whether the rationale of the Chancery Court is correct (and one could think of alternative rationales), the end result under the facts and circumstances as alleged in this case is difficult to argue with.

The hard truth is that the “exclusive remedy” language needs to be gutted, excised, damned, and thrown into the cross-cut shredder, and new language needs to be adopted which gets to the desired result without litigants and the courts having to figure out either what a “remedy” is in this context, or how it should be “exclusive”. If nothing else, the opinion in this case supports that result.

For that matter, the phrase “reverse veil-piercing” itself needs to go into the juridical garbage, since that phrase carries several boxcars of baggage relating to traditional veil-piercing that has utterly nothing to do with what is really going on in these cases. The true and fundamental inquiry is a simple one: Should the owner of an entity be allowed to misuse the liability separateness of entity to accomplish some wrong? That will always be a facts and circumstances question which is utterly incapable of being pidgeonholed by way of multi-element tests, and in fact such tests merely convolute the issues without giving the courts much in the way of meaningful guidance. Just make the inquiry one of facts and circumstances within the sound discretion of the trial court, and let the rest of the baggage cars go off the side and into the ravine never to be seen again. 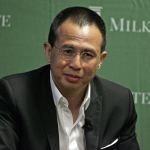 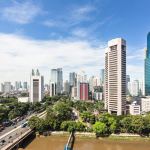