The founder of the infamous crypto exchange BitConnect, Satish Kumbhani, has been charged for allegedly misleading investors globally and defrauding them of $2.4 billion in the process.

According to the Department of Justice (DOJ), a San Diego-based federal grand jury specifically charged Kumbhani for orchestrating the alleged Ponzi scheme via BitConnect’s “Lending Program”:

“BitConnect operated as a Ponzi scheme by paying earlier BitConnect investors with money from later investors. In total, Kumbhani and his co-conspirators obtained approximately $2.4 billion from investors.”

Back in 2017 amid the hype, BitConnect (BCC) recorded an all-time high of $463.31 in trading price, which according to the DOJ reached a peak market capitalization of $3.4 billion. However, as evidenced by the graph above, the prices soon collapsed within a few months causing massive losses to investors.

Kumbhani, who resides in Gujarat, India, allegedly promised investors “ to generate substantial profits and guaranteed returns” under the BitConnect’s “Lending Program.” The indictment alleges Kumbhani used the funds from new investors to partially pay back the old investors until abruptly shutting down the program — operating a textbook Ponzi scheme.

The DOJ further stated that Kumbhani and his co-conspirators faked market demand for BCC through market manipulation. The resultant investments were allegedly concealed and transferred via “BitConnect’s cluster of cryptocurrency wallets and various internationally-based cryptocurrency exchanges.”

The indictment also alleges that Kumbhani evaded U.S. regulations by failing to register with the Financial Crimes Enforcement Network (FinCEN), as required under the Bank Secrecy Act.

The case is currently being investigated by the FBI Cleveland Field Office and IRS Criminal Investigation (CI). If convicted of all counts, Kumbhani will be subject to a maximum total penalty of 70 years in prison. In addition, the DOJ recommends all BitConnect investors register themselves as potential victims.

On Feb. 20, a new class-action lawsuit demanded a jury trial against popular celebrities and influencers for their alleged participation in a classic pump-and-dump scheme relating to SafeMoon tokens.

As Cointelegraph reported, the lawsuit alleged that SafeMoon and its subsidiaries mimicked real-life Ponzi schemes by misleading investors to purchase SafeMoon tokens under the pretext of unrealistic profits.

Drafted by plaintiffs Bill Merewhuader, Christopher Polite and Tim Viane, the lawsuit looks to represent and compensate all individuals who bought SafeMoon tokens since March 8, 2021, and were victims of the alleged rug pull attempt. 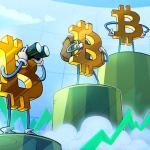 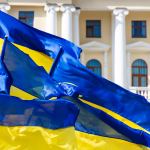