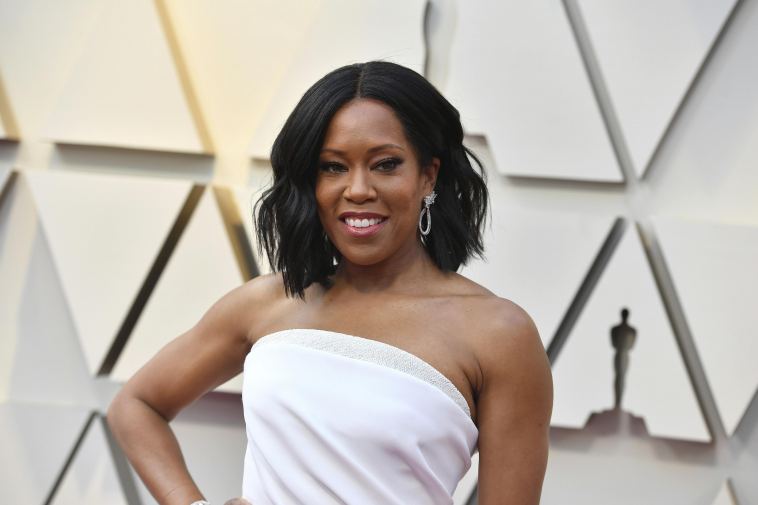 Regina King’s feature film directorial debut One Night in Miami premiered at the Venice Film Festival on September 7 to critical acclaim. It is the first film presented at Venice directed by an African American woman.

One Night in Miami is based on a play by Kemp Powers and is the story of the night Cassius Clay (soon to be known as Muhammad Ali) played by Eli Goree, football player Jim Brown played by Aldis Hodge, singer Sam Cooke played by Leslie Odom, Jr., and activist Malcom X played by Kingsley Ben-Adir, all met after Clay’s win as the world heavyweight boxing champion over Sonny Liston in February 1964. The four friends spend the night celebrating at the Hampton House Motel in Miami.

During the press conference in Venice, in which King, Powers and the four leading actors were present remotely, Regina King explains that due to the pandemic the release of the film was initially due to be pushed back, but after the murders of George Floyd and Breonna Taylor, they saw that they had to release the film now.

One Night in Miami has been particularly praised for the way that the film humanizes these four great men, described by Powers as “the black Avengers,” showing that they had weaknesses and vulnerabilities too. “Each of these men are navigating in their own ways how they live in this thing called life. The thing that they have in common is that they are black men, no matter how much money they have, no matter how much money they don’t have, what their backgrounds are, there is that one thing that is the same no matter what or where you go,” Regina King said. “Eventually you are going to be judged by the color of your skin, and that’s never going to change no matter what your successes are, how much education you have, or how many books you read.” For King, the film is an exploration as well as a celebration of who these four men are.

One of the central messages of the film is that one is always judged by the color of one’s skin, no matter what achievement, successes or failures one experiences. For Kemp Powers, as he looked through interviews of black artists, he found that “it’s almost a cliché to hear ‘I just want to be seen as a this, not a black this.’ You heard so many of us say that for so many years that it’s a cliché. ‘I don’t want to be seen as a black actor, I’m an actor.’ ‘I don’t want to be seen as a black director, I’m a director.’ ‘I don’t want to be seen as a black writer, I’m a writer.’ But at the end of the day, I’m still a black writer. She’s still a black female director, as you (a journalist at the press conference) pointed out. So, we are never going to get away from that. So, it’s a question of what is the social responsibility or burden of the black artist.” As Powers explains, One Night in Miami is the story of four men who “willingly took that burden on” and “knew that everything they did represented not just them but their people and they embraced it.”

In seventy-seven years of the film festival existing, King’s film is the first to have been selected directed by an African American woman. King is anxious for One Night in Miami to do well at the festival. “How this film performs, how you all receive it will open doors or maybe close doors for more black female directors.”

This also is reflective of how difficult it is for women directors in the film industry at large. “One woman may get a shot and if she does not succeed then it shuts things down for years to come until an opportunity comes again for another woman to get that shot,” King asserted, “so I am so grateful for our film to be part of the festival, but I really really want it to perform well, because there is so much talent out there, there are so many talented directors.”

Regina King won the Academy Award for Best Supporting Actress for her role in If Beale Street Could Talk in 2018. She also has been praised for her performance in HBO’s limited series Watchmen. King’s debut feature now is thought to be a strong contender for the Oscars 2021. If she were to be nominated in the category for Best Director, the film would again be making history. Amazon Studios has the worldwide rights to the movie.

Regina King Makes History With Her Debut Feature ‘One Night In Miami’ originally appeared on Forbes.com 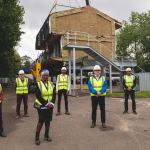 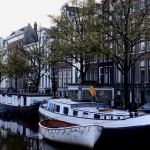