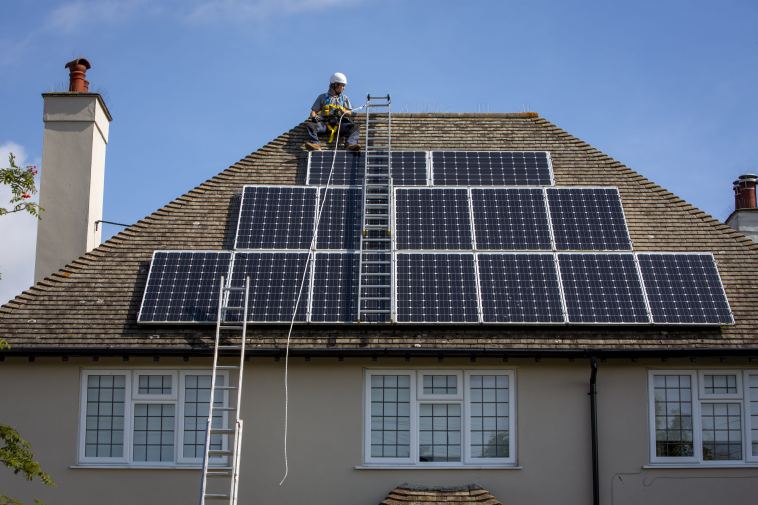 Retrofits can include the installation of solar panels on a home’s rooftop, such as this property in Kent, England.

You only need to look at the huge numbers of people working from home to see how tech has changed the buildings we live in.

Through laptops, tablets and smartphones, we can seamlessly connect with colleagues, friends and family located in other towns, cities and countries.

In an ideal world, all residential spaces — the bricks and mortar side of things — would be similarly hi-tech, harnessing digital technologies and innovative design to be low carbon, sustainable and energy efficient.

The reality is different: a lot of housing stock is decades, even centuries, old. While these buildings may have character and style, they can be costly to heat and expensive to maintain.

The challenge is considerable. If we take a closer look at the U.K., a 2019 report from the Committee on Climate Change (CCC) described homes there as “not fit for the future.” It added that, going forward, the U.K.’s 29 million existing homes would have to “be made low carbon, low-energy and resilient to a changing climate.”

The above means that the retrofitting of existing homes will be an important tool in the years ahead.

Just this week, major utility Engie released information on what it described as “a whole house retrofit solution” to lower both carbon emissions and utility bills.

Called Engie Zero, the initiative is based on the idea that clients — housing associations, local authorities, and registered providers of housing — can use the scheme to integrate a range of customizable features to their buildings.

These include monitoring systems, low energy lighting, and the installation of solar and energy storage technologies. Upfront costs of the retrofits are to be met in part through the savings they will bring, government incentives and revenue streams already in place.

While programs such as the one proposed by Engie focus on large scale retrofits, smaller modifications can also have an effect on how buildings operate and impact the environment around them.

Next month, remote-controlled water butts are set to be installed at homes in Combe Martin, southwest England, as part of a scheme involving South West Water and SDS Ltd.

The butts will use solar-powered mini computers to gather information on how much water is being collected and used.

According to an announcement issued towards the end of September, SDS will have the ability to “remotely empty the tanks before a rainstorm, enabling more water to be stored during storm conditions.”

The trial is due to last for one year, initially. “We’re focussing on one area of Combe Martin so that we can more accurately measure the impact the water butts will have on surface water entering the wastewater network,” Neil Sewell, who is director of technology systems at SDS, said in a statement.

“We hope that, if we can demonstrate the benefit, we will be able to offer the water butts to more customers in the village at a later stage,” he added.

Focus on the future

Plans like the above focus on tweaking structures that already exist, but new homes are also popping up across the U.K.

Referencing plans to build 1.5 million by the year 2022, the CCC’s report said these buildings would have to be “low-carbon, energy and water efficient and climate resilient.”

“The costs of building to a specification that achieves the aims set out in this report are not prohibitive, and getting design right from the outset is vastly cheaper than forcing retrofit later,” the paper added.

It’s against this backdrop that plans are being developed to future-proof housing stock. Earlier this month, the U.K.-based West Midlands Combined Authority (WMCA) — which consists of three local enterprise partnerships and 18 local authorities — launched a body to “accelerate the construction of low carbon, energy efficient homes.”

The Zero Carbon Homes Taskforce, as it’s known, will be chaired by the U.K. Green Building Council.

From the year 2025 the WMCA wants new homes to be “zero carbon ready.” In practice, this would involve the buildings generating 75-80% fewer carbon dioxide emissions compared to today’s levels.

They would also be adaptable and “able to become ‘fully zero carbon’ as the electricity grid decarbonises,” with this future-proofing actually negating the need for retrofits.

The WMCA’s focus on new homes is set to dovetail with plans to “enhance the performance of the existing building stock” as it attempts to hit its goal of being carbon neutral by 2041. 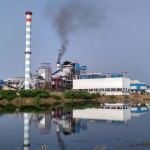 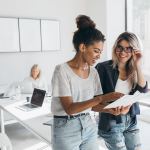