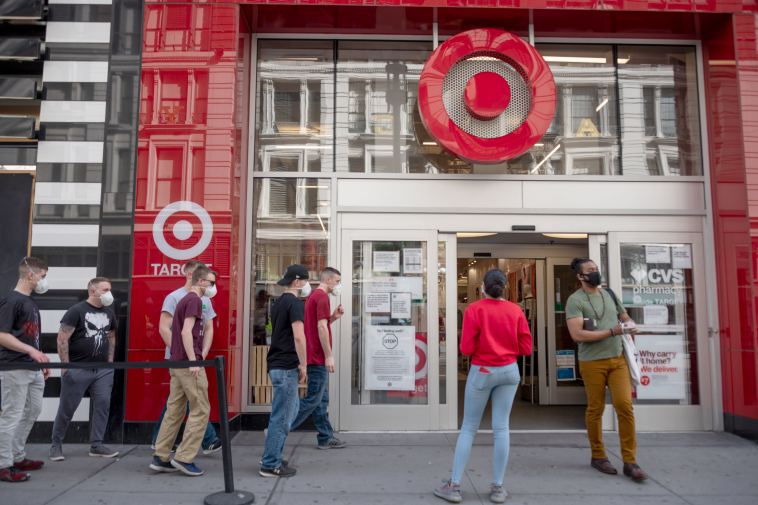 People wearing masks avoid social distancing as they wait in line to enter Target in Herald Square amid the coronavirus pandemic on May 16, 2020 in New York City.

Check out the companies making headlines in midday trading.

Target — Shares of Target jumped almost 12% to hit an all-time high after the retailer’s quarterly results blew past Wall Street’s expectations. Target posted a 10.9% increase in comparable sales for its brick-and-mortar stores in the second quarter ended Aug. 1, while its digital sales nearly tripled from a year earlier. It earned an adjusted $3.38 per share for the second quarter, substantially above the consensus estimate of $1.62 per Refinitiv.

Apple — Apple’s stock rose about 1% to a record high of $468.65, reaching a market cap of $2 trillion. After soaring nearly 60% this year, the tech giant became the first publicly traded U.S. company to reach the $2 trillion milestone.

Cree — Shares of the semiconductor company plunged nearly 9% after it gave a weak earnings outlook for the current quarter. Fiscal first quarter revenue outlook came in roughly in line with estimates. Cree, however, did report a loss of 18 cents per share, while analysts expected a loss of 19 cents per share. Revenue also topped estimates.

TJX Companies — Shares of the retailer fell more than 5% after reporting a wider earnings loss than Wall Street expected. TJX reported a loss of 18 cents per share, compared to a loss of 10 cents that was estimated by analysts, according to Refinitv. Revenue, however, beat estimates.

BioMarin – Shares of the biotech company dropped more than 34% after the FDA rejected the company’s gene therapy treatment for hemophilia. “We are surprised and disappointed that the FDA introduced new expectations for the first time in the Complete Response Letter … We are confident in valoctocogene roxaparvovec gene therapy and its potential to redefine the treatment paradigm for people with hemophilia A,” the company said in a statement.

Southwest, American, United — Shares of American Airlines and United jumped more than 3% each, while Delta and Southwest both rose over 2%. The gains came after Southwest reported a “modest” leisure demand uptick this month as vacationers booked last-minute trips despite the pandemic.

La-Z-Boy – Shares of La-Z-Boy popped more than 5% after the furniture maker posted better-than-feared earnings. The company reported an adjusted quarterly profit of 18 cents per share, compared to forecasts of an 18 cents per share loss, according to Refinitiv. La-Z-Boy also said sales have picked up in the current quarter.

Subscribe to CNBC PRO for exclusive insights and analysis, and live business day programming from around the world. 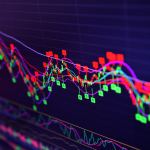 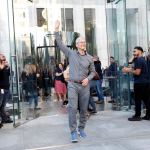