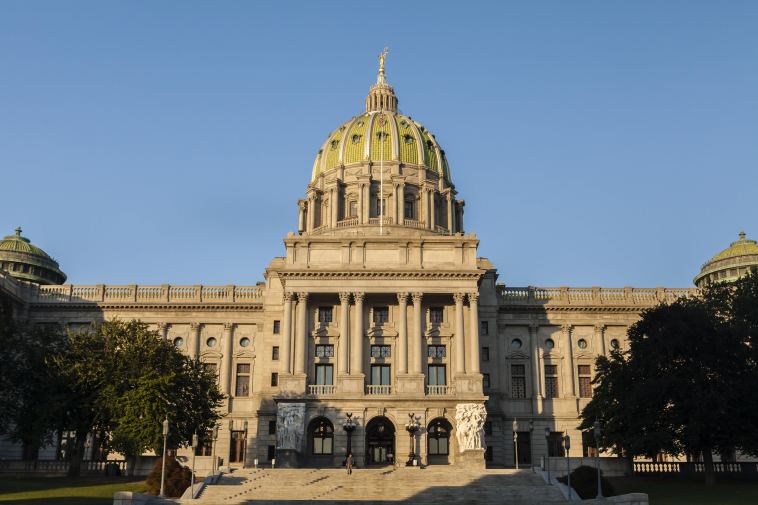 In the administration of state government, there are times when the separate executive and legislative branches become entwined. This is often the case with tax measures. A state’s executive might outline a legislative platform during a public address or draft legislation for the legislature to consider. The executive’s role in these instances is that of the “chief legislator,” which may be spelled out in a state’s constitution. A thorny question arises when the executive, acting in a legislative role, is entitled to the same immunity as members of the legislature concerning private lawsuits in which the executive is subpoenaed as a witness. These are the circumstances in American Resort Development Association v. Government of the Virgin Islands, now pending before the Third Circuit.

In 2017 the U.S. Virgin Islands Senate1 passed the Virgin Islands Revenue Enhancement and Recovery Act, the purpose of which was to close a budget deficit. The act includes a provision titled Environmental/Infrastructure Impact Fee for Timeshares, which imposes on timeshare owners and their authorized users a $25 fee for each day the timeshare unit is in use. The fee, imposed only on timeshare owners, is paid by owners and users, and is collected and remitted by the resort where the timeshare unit is located. Over 99 percent of timeshare owners in the Virgin Islands are nonresidents. During a press conference announcing the proposed legislation, then-Gov. Kenneth E. Mapp, the legislation’s author and chief supporter, stated that his proposal would not impose additional costs on the living needs for locals, but “our visitors that are utilizing our infrastructure and contributing waste and wear on the system will be asked to contribute their fair share.” In two letters to the Senate, Mapp said the new revenues “are not from the usual source — the business community or the backs of the working people and retirees of the Virgin Islands”; rather, the revenue will come from “external sources [the] visitors to our shores.” A press release issued by Mapp’s office stated that the “new revenue streams target[ed] specific non-essential commodities and areas of the economy that can contribute more without increasing the cost of living for V.I. residents.” In his January 2017 State of the Territory address, Mapp again assured locals that the bill was targeted at tourists. A bill summary drafted by the Senate Committee on Finance stated that the measure was intended to tax “welcomed visitors [to the U.S. Virgin Islands] and timeshare owners.”

The American Resort Development Association-Resort Owner’s Coalition (ARDA-ROC)2 challenged the tax as discriminatory under the commerce clause.3 Although the statute is neutral on its face, it has a discriminatory effect because it applies almost exclusively to nonresidents.

In June 2018, during the action’s discovery phase, ARDA-ROC filed a motion to depose Mapp, requesting he clarify for the record the statute’s purpose and intent, considering his repeated public statements that nonresidents would bear the burden of the tax. This was especially important as the purpose of the suit was to defend the taxpayer’s constitutional rights. The government filed for a protective order, arguing that: (1) deposing the governor would be unduly burdensome; (2) ARDA-ROC could not show the deposition was necessary to prove its discrimination claim; and (3) the deliberative process privilege, that is, the principle that the internal processes of a government’s executive branch are immune from civil discovery, applied. The government further argued that deposing the governor was unnecessary because the clarification sought could be had by deposing other executive and legislative leaders. Interestingly, during the hearing on the motion, the magistrate judge asked the government whether there was anyone else it would allow to be deposed besides the governor. The government responded there was not. The magistrate judge ruled that ARDA-ROC could depose the governor via written deposition questions. The government filed a second motion for a protective order asserting the governor’s legislative immunity, and that ARDA-ROC had not shown there existed extraordinary circumstances that would warrant deposing a high-level government official such as Mapp. This time, the magistrate judge ruled against ARDA-ROC, citing United States v. Morgan,4 and on grounds of absolute legislative immunity.

On the question whether ARDA-ROC’s motion to depose Mapp should be granted, the first issue the Third Circuit might consider concerns the application of the apex-deposition doctrine. The doctrine is not codified in the federal rules of civil procedure; rather, it is a judicially created limitation on who can be deposed during the discovery phase of litigation.5 While the term is usually applied in the context of a corporation’s top executives, such as the chief executive officer, it is equally applicable to high-ranking government officials. For top corporate officials, the doctrine presumes that depositions of apex witnesses are intended to abuse, harass, or force settlements, and further presumes these witnesses are so busy that they should be bothered with a deposition only in extraordinary circumstances. For high-ranking government officials, the rationale is that they have more important duties and are subject to greater time constraints than other witnesses. There is also the concern that if courts afforded them no protections, they would spend an inordinate amount of time tending to litigation.

Broadly stated, the apex-deposition doctrine, as applied to top corporate executives and high-ranking government officials, holds that such witnesses may be deposed only when “the official has unique, first-hand knowledge related to a claim or defense, or the necessary information cannot be obtained through other or less burdensome means.”6 The commentary to Rule 30 of the federal rules of civil procedure offers further guidance on the appropriateness of deposing a corporate executive or high-ranking government official: “(1) the likelihood that the executive possesses relevant and unique information; (2) whether the deposing party has attempted to depose lower-level executives first; and (3) whether the deposing party has completed document discovery.”7

Based on these criteria, it appears that ARDA-ROC’s motion to depose Mapp should be granted under the apex-deposition doctrine. Mapp authored the legislation, so he would have firsthand knowledge of unique and relative information pertaining to ARDA-ROC’s claim of discrimination. Further, by its own admission, there was no other official witness to which the government would not object to being deposed.

The problem with the application of absolute legislative immunity is that Mapp was not being sued. ARDA-ROC’s motion is for purposes of third-party discovery. According to the Third Circuit, “We do not believe, however, that a state legislator’s interest in avoiding the burdens of compliance with a subpoena is alone sufficient to justify the creation of a speech or debate privilege. Gillock9 instructs us that any such privilege must be qualified, not absolute, and therefore depend on balancing the legitimate interests of both sides.”10 Implicated here is the balance between the legislative privileges of Mapp and the vindication of a taxpayer’s constitutional rights. If the Third Circuit adheres to this reasoning, ARDA-ROC’s motion to depose Mapp concerning the timeshares legislation should be granted.

The separation of powers between the executive and legislative branches is a given, yet there are times when that separation gets blurred. The executive can be deeply involved with the legislative process, particularly regarding tax legislation. Questions arise when the executive is subpoenaed as a witness regarding legislation on whether and under what circumstances he is entitled to share the immunities from court proceedings afforded to legislators. Although ARDA-ROC involves a governor, it is possible that in some states, these questions might arise with respect to other high-ranking officials in the executive’s Cabinet — such as the chief tax administrator. This question is pending before the Third Circuit, and it will be interesting — especially to the executive — to find out what the court has to say.

Tax Measures: Should Immunities Be Afforded To Executives Acting As Legislators? originally appeared on Forbes.com 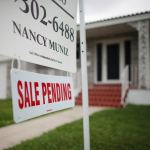 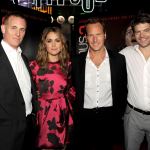