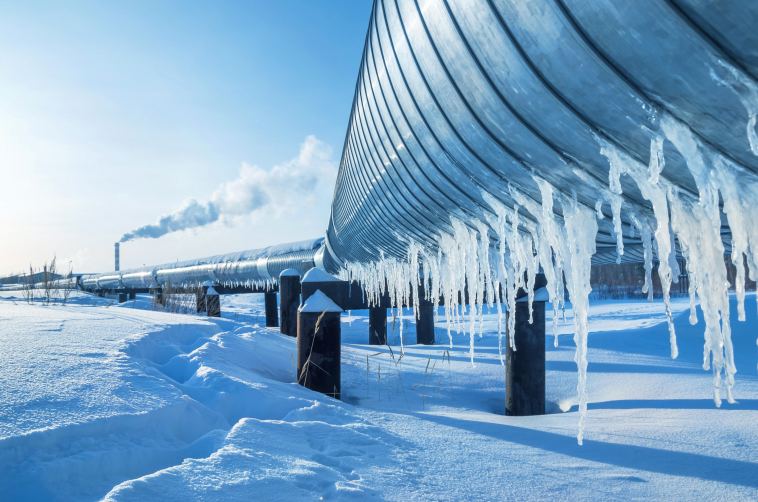 The severe cold snap in Texas and elsewhere is creating a dangerous situation. Speaking to family members in Houston and elsewhere, I hear first-hand stories of residents who’ve lacked power or heat for over a day, in extreme cold, and water supplies shut off. Forecasted warmer weather by the end of the week can’t come soon enough.

And of course, the bad takes are coming in fast. I’ve seen people state that this extreme but temporary cold snap proves that climate change is actually an “invented crisis.” Only slightly less obtuse, the Wall Street Journal Editorial Board has already (and predictably) used this episode to argue that the power shortages in Texas “show the folly of eliminating natural gas – and coal.” Blaming the frozen wind turbines for the shortages, of course. Because renewables are unreliable.

These are foolish takes that would be dangerous for investors to pay any attention to.

First of all, “global warming” should probably be called “global weirding”. The changing climate is bringing more extreme weather of all types. Scientists are currently thinking that this is due to a destabilized jet stream and subsequent weather effects. But the upshot is, investors would be wise to be thinking about extreme weather events when considering specific opportunities in project finance and other asset categories, and particularly by geography: Texas has had more than its share of extreme weather events of various types over the past few years.

Secondly, just as was the case back in a similar cold-related event in 2011, a lot of the lost power generation in Texas during this freeze has been a result of impacted natural gas fired generators, not wind turbines. As energy expert Jesse Jenkins revealed yesterday, out of about 30 GW of capacity offline in ERCOT (the Texas regional grid operator), about 26 GW of the missing capacity was “thermal” — mostly natural gas plants that either couldn’t get access to the fuel as pipelines and other equipment froze up, or themselves had operational issues in the cold. Only about 4 GW of the shortages were due to wind turbines icing up. But sure, we need to keep natural gas and coal generators around because they are reliable, right.

Some day the Editorial Board of the WSJ will have to reconcile their love for deregulation with the obvious fact that a truly deregulated power market will actually now see more of the generation mix going to renewables, not less. And they’ll have to finally understand that renewables are going to be the dominant source of new power generation capacity going forward, and that fossil fuel plants are apparently not nearly as reliable as they’re cracked up to be. But today is not that day, I suppose.

So investors would be wise to look past the “hot” takes to try to learn some deeper lessons from the situation in Texas electricity markets. Lessons that can be applied to their investments in other regions as well.

One thing this episode highlights is how different the grid regulatory schemes are across the United States (and of course, elsewhere around the globe). In the ERCOT region, deregulation in the electricity markets has been more significant than in other regions.

That has its pros and cons too detailed to go into here, but that proves the point: Before investing into any power-related project development, it’s important to be confident that the developers do know the region well. The drivers of profitability for energy storage projects, for example, vary across Cal-ISO, PJM, NE-ISO and ERCOT. Developers who get their revenue arrangements wrong could face significant downside or miss significant upside.

As I write this, spot market prices for electricity all across the ERCOT region are “bright red”, approximately 10 times higher or more than they typically would be.

As the cold recedes, these prices will probably drop quickly. But in the meantime, anyone exposed to spot prices as an input is probably suffering. Remember, with Texas deregulation, there’s been a proliferation of retail electricity providers with differing pricing models. Some of them are being squeezed today as they are forced to purchase wholesale power at these high prices. Others are passing along those high costs directly to their customers — and in fact have even been attempting to get customers to quit their service. Any energy storage or microgrid operators who are forced to purchase at high wholesale prices may also suffer as well, given such a prolonged price spike.

So project developers, investors, and even end consumers really need to be aware of how much naked exposure they will have to future such price spikes. If “global weirding” is the new normal, this will happen again.

But what I see regularly as an investor into these types of markets is that a lot of project developers are still happy to take on merchant pricing risk both on the input and the offtake sides of their projects. Investor beware.

Resiliency should once again get a boost as a value proposition

Once again Texas businesses are having to come to grips with what an unreliable power grid means for their bottom line. I just received an email from one entrepreneur in Austin who’s been having to deal with almost 36 hours of outages now. That’s directly hitting her business.

The reliability of all power generation options, as mentioned above, is being sorely tested in this extreme weather. This could in theory give a boost to anyone investing into reliable on-site power systems… if these systems are not themselves suffering from supply problems today, and are indeed proving to be reliable.

Unfortunately, as I’ve written about recently too many behind-the-meter project developers have yet to figure out how to sell resiliency. Here’s yet another case study to draw from…

Also unfortunately, a lot of the utility-scale powergen system failures this week could have been avoided with more investment into hardening their facilities. After all, this is definitely not the first time Texas has faced a tough cold snap, and after the last time the strong recommendation was for powergen facilities to make these necessary investments. But few have a financial incentive to do so. Such requirements may become stricter now, after this week’s experience.

Besides reliability, flexibility is also key for dealing with the ups and downs of electricity markets. And the most cost-effective and flexible form of capacity remains “demand response” (or: getting customers to reduce their own electricity consumption), especially when it can be automated through the use of cloud and software approaches.

California has had good experiences with demand response programs in their own recent power shortages. There have definitely been some hiccups, but these types of programs hold a lot of promise and can prove to be attractive investments as well — if the regional regulatory scheme is a good fit, and that varies as discussed above.

I suspect one lesson drawn from this week in Texas and other such episodes is that more of the regional grid operators will be pushing autoDR as an option, which will open up more such investment opportunities.

One thing these episodes of power shortages always highlights is how the U.S. electric grid is really a collection of separate regional grids with some capacity-constrained transmission between them. To be clear, they’re not grid islands, but there’s a reason why Texan spot electricity prices are spiking even while up in New England (just as an example) the real-time prices are less than a tenth of those in ERCOT.

Transmission has always been a project finance opportunity that is both fascinating and really, really hard. Getting all the necessary permits, approvals and rights of way takes years, and most developers don’t have the patience or the capital. Nevertheless, every once in a while a serious developer takes on an ambitious transmission project, and it becomes the talk of the private markets investment community. I would expect even more of these efforts over the coming years.

For those interested in a really good read related to such efforts, Russell Gold wrote a great book about the topic a couple of years ago.

Even if you’re not investing specifically in power projects, you still need to care

Anyone investing into companies that are expanding their manufacturing or other operations in Texas and California (and elsewhere) now need to be worrying about the potential business disruptions in these regions.

What are their plans for prolonged power interruptions? How can they create resiliency onsite? How can they create flexibility in their operations? If this becomes a norm, how will it impact recruitment? On the margin, this kind of thinking may affect whether or not investors want to be placing their capital into these regions at all.

Will this accelerate or hinder the addition of renewables to the grid in Texas?

If you ask the Editorial Board of the WSJ and other anti-renewables pundits, the obvious answer to situations like Texas’ is to prolong the life of existing fossil fuel power generation in the region, and state politicians may act accordingly. But of course, those power generators will now be put under more pressure to make investments in hardening their systems to protect against extreme weather events. It will change the cost assumptions for keeping existing plants open, and it will change the cost assumptions for opening up new natural gas fired plants as well. With both existing and new natural gas plants looking more costly to build and operate, it could perhaps lead to even more of a capacity void that renewables would have to step up and fill.

In other words, this kind of event could lead to political and market pressures either direction.

So what happened after the 2011 event, what can we learn from that episode? As this academic paper shows (note: link opens a pdf; see Figure 6), whether coincidental or not in the two years after 2011 there weren’t many power generation additions in ERCOT at all. Was this because power generators needed to learn the lessons and re-evaluate cost assumptions before continuing their plans? Was this gap unrelated?

Then, starting in 2014, there was a big spike in capacity additions, led by natural gas but with wind taking over the mix of new adds in subsequent years.

All this was before solar really started coming into play, of course. And the politics have changed since then as well. Perhaps someone smarter than me can say with more certainty how regional episodes like this will directly impact the investment landscape for renewables. I personally cannot.

But the above other lessons-learned I feel more confidence around. Investors need to look beyond the shallow and immediate reactions to significant electricity disruption events like this one in Texas, and the ones last year in California. They need to start seeing the pattern that such events are increasing in frequency and severity. And they need to plan accordingly. 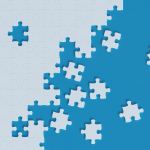 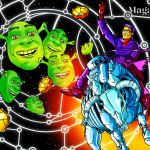