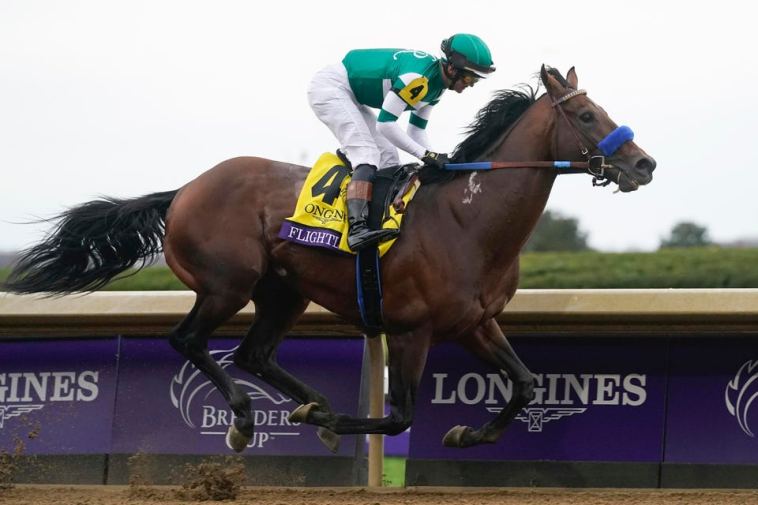 Flightline, with his jockey Flavien Prat, dominated the field in the 2022 Breeders’ Cup Classic to bring home an eight-length win. The dark bay four-year-old, trained by John Sadler, lay in second from a clean break for much of the race, which is occasionally a habit, and opened up a wide lead on Life Is Good, who had led for much of the way up the backstretch and into the far turn. Life Is Good faded quickly, allowing Olympiad to place and Taiba to show.

The race went remarkably to plan for Prat and Flightline, as predicted here. Life Is Good, who had been thought a main rival, did show that at the break and up the backstretch, as he and Flightline opened up at times a chasm-like ten lengths on the pack. But the field slowly seemed to be reeling them both in as they came out of the clubhouse turn into the stretch. That lasted for just a second, before Flavien Prat let his reins out and Flightline turned on what we’ve come to know as his home-stretch overdrive to pull swiftly away from all of them, as he has done in his previous three starts. He hit the wire going away. If the race had lasted for another quarter mile, his lead would only have increased.

It was all too much for Life Is Good, who, reducing himself to the role of a pace horse, faded so quickly back through the pack that it seemed for a moment as if he would bring up the rear. At the wire, Olympiad and Taiba were there to pick up the pieces of his shattered effort.

The much-touted Travers-winner Epicenter was not a factor in the race, despite a relatively small field. 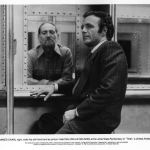 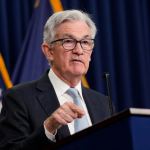