FBI Director Christopher Wray told NPR Tuesday’s Atlanta-area shootings that killed eight people — six of whom were Asian-American — do not seem to be linked to race, backing up local police who say the alleged shooter was probably motivated by a sex addition rather than racial animus, a theory that’s drawn skepticism and pushback from some corners.

In a Thursday afternoon interview with NPR, Wray said suspected gunman Robert Aaron Long’s motives are still under investigation, but “it does not appear” race was his reason for allegedly shooting multiple people at three massage parlors.

Wray’s comments come one day after the sheriff’s office in Cherokee County, Georgia, announced that Long told police he was addidcted to sex and viewed the three spas as “a temptation for him that he wanted to eliminate.”

A spokesperson for the Cherokee County Sheriff’s Office later clarified to CNBC Wednesday investigators are “not ruling out” race yet.

Local agencies like the Atlanta Police Department and the Cherokee County Sheriff’s Office are leading the investigation, Wray said, though the FBI is supporting them.

“While the motive remains still under investigation, at the moment, it does not appear that the motive was racially motivated,” Wray told NPR.

Several local and national officials say it is too early to rule out race as a motivator, even if Long told police otherwise. Atlanta Mayor Keisha Lance Bottoms said it’s hard to ignore most of the victims were Asian, especially considering that nationwide reports of anti-Asian hate crimes spiked last year, though she noted the matter is still being investigated.

“He claims that it was not racially motivated, that this was based on some sex addiction, but I’m taking that with a grain of salt,” Bottoms told CNN Wednesday. “This is a man who murdered eight people in cold blood, so it’s very difficult to believe what he says.”

Long was arrested shortly after the shooting spree Tuesday evening and charged with murder and assault the next day. Police say he confessed to the shootings and suggested he was planning on driving to Florida to harm more people. 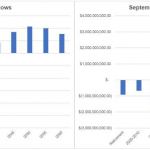 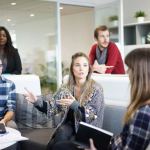