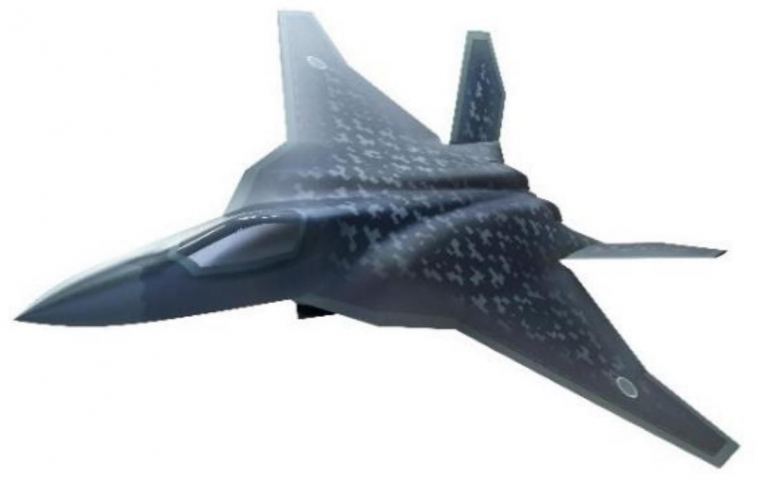 A development timeline foresees construction of a prototype in 2024, with a first flight to follow in 2028. Series production of the F-X (sometimes dubbed the F-3) then begins 2031, with entry into service following in 2035. The Japanese Air Self Defense Force would procure around 90 of the advanced stealth fighters.

The twin-engine F-X will integrate advanced technologies including remote drone control capabilities, a VR-style helmet-mounted display, and a radar that can double as a microwave weapon to fry enemy missiles. It will be designed to exchange sensor data with Japanese and U.S. forces, and have a capacity for at least six internally-stowed weapons, including air-to-ground and anti-ship missiles—though air-to-air will be its primary mission.

However, Japan isn’t going entirely solo on its domestic stealth fighter. Tokyo confirmed in December that U.S. stealth jet manufacturer Lockheed-Martin
will be its primary international partner. And Japanese engineers would still also like input from Northrop-Grumman and British defense giant BAE if they’re amenable.

Tokyo’s timeline may seem optimistic given the lengthy development cycle and numerous delays that plagued the fifth-generation U.S. F-35 stealth jet. However, Japan’s Ministry of Defense may hope its starting ahead of the game thanks to extensive domestic research of component technologies, including tests of radars, engines, networking systems and even a flying stealth demonstrator jet called the X-2 Shinshin with thrust-vectoring engines.

Over the last decade, consternation has mounted in Tokyo as China’s military aviation surpasses Japan’s Air Self Defense Force not only in quantitative terms (currently by a roughly 6:1 ration in combat aircraft), but also by some qualitative metrics as Beijing deploys stealth aircraft and replaces more and more of its Cold War-era jets with capable 4.5-generation multi-role fighters like the J-10 and J-11B.

Furthermore, Chinese and Russian fighters and bombers have sustained extremely frequent probes around Japanese airspace, threatening to exceed the JASDF’s ability to respond to every intrusion. These have resulted in tense encounters over the Pacific, including a four-way aerial confrontation in 2019 over disputed isles which also involved the South Korean military.

These circumstances have left Tokyo eager for a next-generation air superiority fighter that could replace its 97 F-16-derived F-2 fighter in the 2030s, and the older half of its roughly 200 F-15Js currently being retired.

Japan is procuring roughly 142 Lockheed F-35A and F-35B Lightning stealth fighters (primarily assembled in Japan), but they aren’t a perfect replacement as they’re optimized more for the strike role than air superiority. And the F-22, the air-to-air stealth jet Tokyo has wanted since the 1990s, is no longer in production. In 2018 Tokyo looked into ordering hybrid F-22/F-35 jets from Lockheed, but found the cost prohibitive.

That means the F-X will be Japan’s first truly domestic jet design in nearly a half-century following the Mitsubishi F-1 fighter, which first flew in 1975.

Given the estimated total program cost of $48 billion, Tokyo is willing to pay the equivalent of over a half billion dollars for each of its 90 F-Xs jets, rather than purchasing two or three times as many F-35s or notional F-22/-35 hybrids. But Japan’s self-defense force is more constrained by personnel than money, and the F-X could be a generation ahead of the F-35 and rival Chinese and Russian stealth fighters.

Perhaps even more importantly, money spent on F-X will not only (mostly) cycle into Japanese companies, but could transform Japan into a first-rate military aerospace power no longer as dependent on U.S. companies and export policy.

Since Japan relaxed restrictions on arms exports in 2014, Tokyo may seek to export the F-X to make back some of the costs—if it can find a likeminded partner countries (say for example Australia) deemed sufficiently trustworthy and able to afford the premium prices of Japanese defense products.

Though Japan’s premiere defense manufacturer Mitsubishi Heavy Industries is unsurprisingly the program lead, the massive outlays will be disbursed widely across over a thousand Japanese companies.

Heat shields and an integrated bonded structure made of composite materials will be used to decrease weight, enabling the F-X to fly out to substantial ranges to allow flexible basing from central Japanese islands.

IHI Corporation meanwhile has been testing the jet’s XF9-1 low-bypass turbofan engines since 2018. These incorporate exotic materials to reduce size and increase heat tolerance to 1,800 C. The XF-9-1 produces up to 12 U.S. tons of thrust or up to 16.5 tons with afterburners, slightly less than the F119 engines on an F-22 Raptor. However, the XF9-1s are slimmer, and each generates 180 KW energy—cumulatively more than for any U.S. fighter.

Electronics manufacturers Toshiba and the Fujitsu group will take the lead in developing the F-X’s Gallium-Nitride AESA radar, which can also be powered up for use as a microwave weapon against incoming missiles.

The radar will be supplemented by an infrared sensor and an electromagnetic sensor (ESM).

Each F-X jet will be capable of controlling up to three “loyal wingman” styles drones using a shared basic design called the Combat Support Unmanned Aircraft: which can be outfitted either as sensor/scout platforms, or weapons-carrying missile mules. Both drones could improve the F-X’s offensive capability while greatly reducing the manned jet’s exposure to enemy attack.

Lockheed Martin will provide technical support to Mitsubishi regarding airframe design and systems integration. The former almost will undoubtedly involve consultation on  the radar-absorbent materials developed by Lockheed Martin, as well as other techniques used by the firm to reduce the radar-cross section of its F-22 and F-35 fighters.

But systems integration is a big deal too, as this proved a vexing challenge in the development of F-35 due to the constantly evolving nature of its concurrently developed sub-systems.

Tokyo has also indicated a desire to get input from BAE on the design, particularly with an eye towards electronic warfare/self-defense jamming. BAE is the builder of the F-35 Lightning’s AN/ASQ-239 electronic warfare suite.

In just a few years Berlin/Paris, London and Tokyo have all tangibly committed to development of a domestic stealth jet despite predictions that enormous price tags ($40+ billion) would dissuade them. Arguably, these nations are motivated as much by economics and politics as military considerations.

Tokyo initially balked in 2018 at the price of a domestic stealth jet before deciding to commit to that path when the shortcomings of alternatives grew clear. In the UK, the British defense budget simply lacked the funding to match official enthusiasm for the Tempest stealth jet program—only for a defense spending bill to send more money its way this November. And Berlin, Paris and Madrid’s dedication to their Future Combat Air System (combining drones and a Next Generation Fighter) has long been apparent.

These programs reveal defense ministries of many U.S. allies have concluded two things: first, that manned stealth fighters (backed up by loyal wingman drones) will remain decisive and necessary weapon systems through at least the mid-21st century due to the increasing capabilities of Chinese and Russian surface-to-air missiles and combat aircraft.

And second, expensive domestic development of such a fighters is required to retain an independent military aviation industrial base, lest these countries become dependent on the U.S. companies and to the whims of Washington. 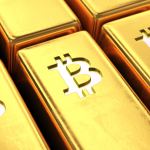 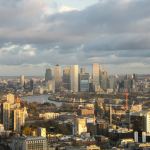