For Lollapalooza co-creator Perry Farrell, festival weekend in Chicago generally proves to be chaotic, pulled in a million different directions by media, bands, fans, on stage performances and more. 2022 marked a busy stretch which saw him perform four times in five days.

While in town, Farrell took part in Smashing Pumpkins frontman Billy Corgan’s “Together and Together Again” benefit livestream, performing alongside Corgan and saxophonist Frank Catalano.

For Farrell, the question lies in how we move forward from events like this.

“It’s incredible,” said Farrell of the event’s impact. “But I just don’t want this to be another one of those, ‘OK. That was nice,’ things. It has to go in the right direction and stay in the right direction and it has to make change occur. It can’t be like lip service stuff,” he explained. “It’s very, very difficult to fight. As I said [Wednesday during the livestream], what we’re up against is we’re fighting money. So what is our weapon? Our weapon is our hearts. And it’s the love that we have for our families and our communities. So who’s gonna win?”

Friday night’s acoustic rooftop set kicked off with Porno’s “Bali,” moving into “Wishing Well” before heading into a slew of rare covers, Corgan smiling wide throughout The Beatles’ “With a Little Help From my Friends” and Led Zeppelin’s “Whole Lotta Love” before adding the trademark backing vocal on the Rolling Stones’ “Sympathy For the Devil.”

Saturday night at Metro, in front of a sold out crowd which included Metallica drummer Lars Ulrich watching from the balcony, Farrell and company tore through a frenetic set in front of a frenzied crowd, mosh pits and crowd surfers conjuring up images of a bygone era.

Corgan joined the group again Sunday at Lollapalooza – his first performance at the festival since Smashing Pumpkins headlined in 1994 – right foot up on an amp, beaming on stage in his hometown as he delivered a scorching solo during a cover of Led Zeppelin’s “When the Levee Breaks.”

The Farrells had business to attend to throughout the weekend too, announcing the launch of a new record label (Imprint Label) and Lollapalooza’s 2023 expansion into India. Farrell also took the stage Sunday night alongside Chicago Mayor Lori Lightfoot to announce a new deal with the city which will keep Lollapalooza in Grant Park for at least ten more years while raising daily attendance.

“I felt like India was a territory that we’ve worked on for many years,” said Etty Lau Farrell. “I felt like going into India, hopefully that will open up the East for us. With India being the first, maybe we can do Singapore or Shanghai. I feel like it would be great to expand.”

“The music of India is very transcendental. It’s just the kind of sound that we need,” added Perry. “It’s a sound that is going to raise the consciousness for everyone speaking this universal language of music and art. I always kind of feel like when we do these acts, these acts of kindness and unity, it makes the world spin. Love and acts of kindness makes it spin.” 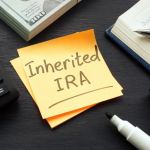 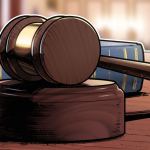