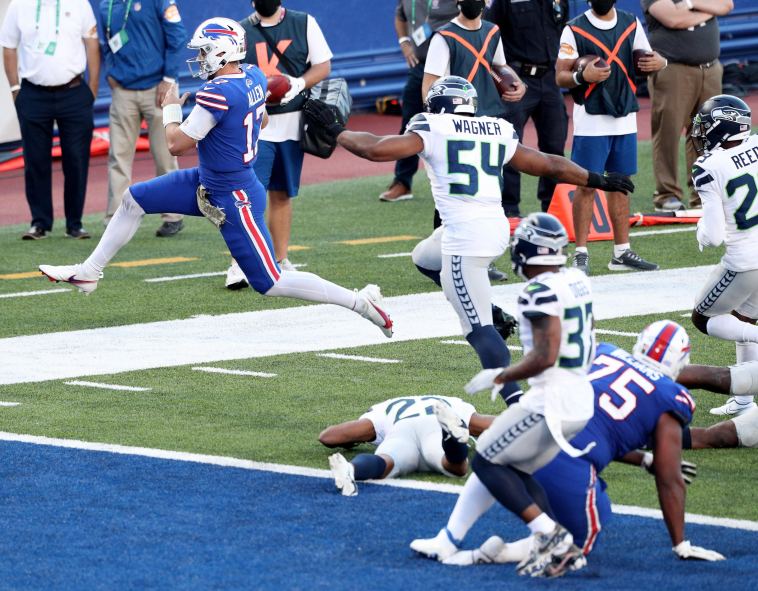 The Buffalo Bills made a huge statement in defeating the Seattle Seahawks 44-34 on Sunday.

The Bills have started 7-2 for the first time since 1993 during the Jim Kelly and Super Bowl era in a clear sign that something special is going on in Buffalo.

This was the most complete game the Bills have played all season and perhaps turned more doubters into believers after such a convincing win against a Seahawks team that was atop the NFC West at 6-1 entering the game.

This was a statement game as well for QB Josh Allen, who was going head-to-head against leading MVP candidate Russell Wilson. Allen was electric right from the opening series as he went to the air on the opening eight plays, completing seven passes.

The 24-year-old QB finished 31-for-38 for 415 yards and three touchdowns, scored one himself, and threw no interceptions to outduel Wilson, who was 28-for-41 and 390 yards, two touchdowns and two interceptions.

This was Allen’s second 400-yard game of the season, joining Drew Bledsoe (2002) as the only Bills QBs to put together two 400-yard games in one season. Allen has five games this season with 300-plus passing yards after failing to hit that benchmark at all in his previous 28 career games.

Along with his three TD tosses, Allen ran in for another score. This marked the 14th career game producing both a passing and rushing touchdown, which established a franchise record surpassing Jack Kemp’s 13 games.

John Brown, who has been ineffective lately while battling a knee injury, fell just short of a 100-yard game. He hauled in eight passes for 99 yards.

Cole Beasley was not as involved in the attack, but he proved to be reliable again, catching all three passes he was thrown for 39 yards.

The Bills game plan was carried out to perfection. The Bills went to the air right away against a Swiss cheese of a pass defense. All told, Allen distributed the ball to eight different receivers.

The offense was superb, even despite the fact Allen was sacked five times. But this was a complete team effort.

When the Seahawks put on a charge at the end, the Bills defense dialed up pressure as Tre’Davious White and Jordan Poyer intercepted Wilson passes. And just when it looked like Seattle would bounce back late in the game, the Bills defense came hunting for Wilson, who was sacked five times.

For the most part, the Bills were able to contain the big target on offense, DJ Metcalf, even though he ended up with seven catches for 108 yards and a late touchdown. Tyler Lockett was held to four catches for 40 yards.

Perhaps the most significant statistic was in turnovers. The Bills committed none. Wilson, on the other hand, threw two interceptions and lost two fumbles.

What an interesting contrast from last week. The Bills threw the ball only 18 times in a cold, wet victory over the New England Patriots, using an effective ground game to pound out the 24-21 win. This week, Allen went to the air 38 times to provide the Bills with a victory.

That is balance. The Bills have shown in the past two weeks they can win either by running the ball down opponents’ throats or filling the air with footballs. That’s a solid combination to fire at opponents.

Apart from the fancy stats that Allen put up, you have to be impressed with the poise he is showing in the pocket and in the locker room. Did he miss some targets? Sure. There was at least one time he had Beasley open for what would have been a long gain and elected to throw elsewhere. But Allen is showing more patience and better decision making with each outing.

It was also revealed that Allen’s grandmother passed away on Saturday night unexpectedly at age 80, but despite the emotions he was feeling, Allen told the coaches he wanted to play. “He’s a mentally tough young man,” coach Sean McDermott said.

What is also striking is how Allen handles himself with the media. While the reporters were gushing all over the Bills and Allen after the game, the strong-armed QB went out of his way to praise his teammates, whether it was the receivers or offensive lineman, rather than take credit for himself.

It was hard to take Allen at his word when he mentioned after the game that he didn’t even know who Buffalo’s next opponent is. That is some kind of focus and attention to detail. Of course, everybody else is aware that another challenge awaits in the 5-3 Arizona Cardinals.

Not only do they pay attention to details, the Bills have shown they are an unselfish team. The players play their hearts out for each other and the coaches. They truly seem to have a tight bond.

This doesn’t mean the Bills won’t go out and lay an egg against the Cardinals next week. Momentum is a funny thing. When you’ve got it, it seems easy to roll with it. And when you don’t have it, it’s hard to get it back.

For now, the Bills have momentum, and who knows when this train will stop? There were doubters because the Bills were outclassed in earlier losses to the Tennessee Titans and Kansas City Chiefs.

This week, McDermott was asked about whether beating the Seahawks would be a statement win for the club. McDermott looked uncomfortable with the question. He wasn’t about to feed into the narrative the media loves to spin. It would serve no purpose, except to inspire the Seahawks.

But now there’s no doubt about it. This was a big statement win for the Bills. And the media, along with the fans, have a whole week to eat this up. 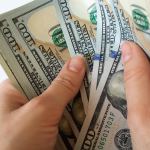 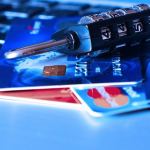