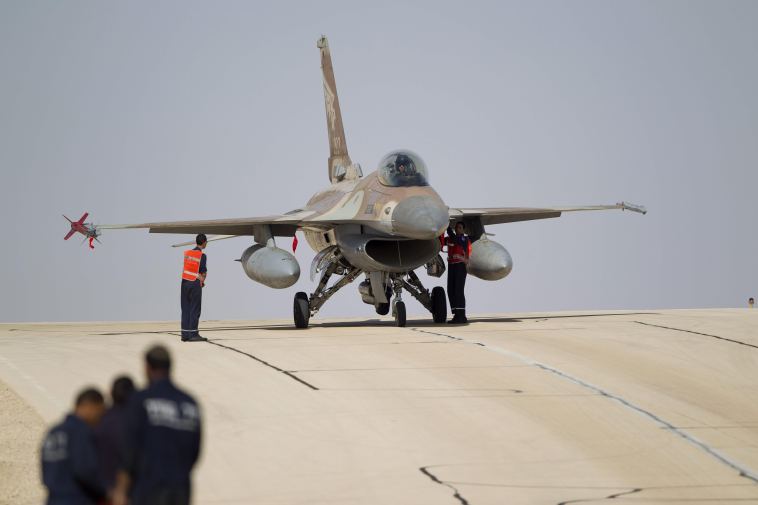 Israel wants to sell weapons to the United Arab Emirates, according to Israeli media.

But the idea has split the Israeli government between those who see arms sales as a tool to solidify relations with a former adversary, and those who fear that this could damage Israel’s security.

For now, Netanyahu’s government denies that it is contemplating weapons sales to the UAE, which agreed to normalize relations with Israel last month (there are also indications that Bahrain may do the same). “No such request has reached the prime minister in recent years, and if such a request had been presented to him, the prime minister would never have approved it,” Netanyahu’s office said.

What’s spurring talk of arms sales is Iran. The small Gulf nations such as Bahrain and Oman don’t have a fundamental dispute with Israel, but they are terrified of their Iranian neifghbor, whose fundamentalist Shia government would love to overthrow the Gulf’s conservative Sunni rulers. Iran possesses a much larger military than the wealthy but sparsely populated Gulf states, including a 500,000-strong active-duty military, 1,600 tanks, 500 aircraft and a huge arsenal of ballistic missiles and drones.

What sort of weapons might Israel sell to the UAE? Israeli missile defenses such as Iron Dome would likely top the shopping list in view of previous missile attacks by Iran and its allies, though Jerusalem might be reluctant to share such sensitive technology. Other potential Israeli arms include missile-armed Heron attack drones and smart bombs to destroy Iranian missile sites, loitering munitions like the Harpy to suppress Iranian air defenses, and anti-tank weapons like the Spike missile. Surveillance drones and sensors to locate targets would also be important.

There are already reports that as part of the peace deal, the U.S. had agreed to sell F-35 stealth fighters to the UAE – and that Israel has privately agreed to the sale. While the Trump administration supports the idea of selling F-35s and armed drones to the UAE, U.S. policy since the 1973 Arab-Israeli War has been to maintain Israel’s qualitative military superiority over its Arab neighbors.

This has given Israel unique access to the most advanced American weaponry, including the F-35 – which Israel was allowed to customize to meet its own needs – as well as joint projects such as missile defense. For its part, the Netanyahu government has publicly maintained Israel’s longstanding opposition to any U.S. arms transfers that could jeopardize Israel’s security.

But Israel is also a major arms exporter in its own right, and rich Gulf kingdoms like Saudi Arabia spend lavishly on high-tech weapons. Yet like other nations, Israel will sell military equipment to some countries but not others. “Officially, the UAE falls into the ‘special’ designation, meaning Israeli industries cannot sell the Gulf state any special weapon systems,” Ynet noted. “In practice though, the UAE has enjoyed a supply of highly classified Israeli military equipment for the past eight years.”

Discreet economic and security links between Israel and Persian Gulf nations such as the UAE have been an open secret for years. In addition to sharing intelligence about Iran and other mutual enemies, Israeli cyber technology and experts have assisted the Gulf states and even Saudi Arabia.

And there have been other routes for Israeli arms to the Arab world outside official channels: Morocco, for example, reportedly operates three Israeli-made Heron medium-altitude surveillance drones. But the Herons had been operated by France, which then sold them to Morocco after the French military decommissioned them. Similarly, there are reports that Israeli drones have been sold through third parties to factions in the Libyan civil war.

However, there is a big difference between selling cyber tech and selling missiles. “The Defense Ministry says that selling equipment with a particularly high level of classification to the Gulf states still presents the danger of Israeli equipment and know-how falling into hostile hands such as Iran,” Ynet notes.

Israeli leaders will be mindful of the Iran debacle, in which the U.S. sold advanced weapons to the Shah of Iran’s regime during the 1970s – only to see those being aimed at the U.S. and Israel after the 1979 Islamic revolution.

Nonetheless, while controversial, the idea of selling Israeli weapons to the UAE is not irrational. Israeli economic assets, such as irrigation technology, would be valuable enough to the Gulf states. But the most concrete symbols of security cooperation between nations have either been a defense treaty or arms sales. And arms sales would be a much easier political proposition than an Israel-UAE defense pact.

In fact, there would a certain irony to it. Iran has used its Hezbollah proxy militia in Lebanon to deploy Iranian weapons on Israel’s border. Israeli weapons on Iran’s border would return the favor.

In the face of a common Iranian threat, it is quite possible that Israel will eventually enjoy closer relations with Bahrain, Oman – and possibly Saudi Arabia. Israeli weapons may yet appear in more than one Arab arsenal.

A U.S. Sale Of F-35 Stealth Fighters To The UAE Could Be A Middle East Game Changer

China Has The World’s Largest Navy. And It’s Getting Better, Pentagon Warns 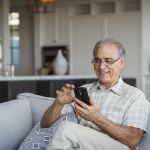 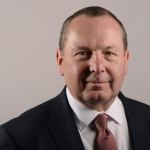