It was a (mostly) good weekend for royalty, with Amazon’s Coming 2 America nabbing the biggest pandemic-era streaming launch (whatever that means) and Oprah Winfrey’s interview with Meghan Merkle and Harry netting 17.2 million viewers and unholy amounts of social media chatter. Moreover, Walt Disney offered the latest animated princess-specific fantasy flick, casting Kelly Marie Tran in Raya and the Last Dragon. She is a very different kind of Disney princess, just like every single Disney princess introduced to audiences for the last 32 years. At the very least, it’s as good a time as any to note that Disney’s alleged digression from the fairy tale princess formula is very much the Disney formula and has been since The Little Mermaid.

The Little Mermaid was sold in 1989 as a different kind of Disney princess story, featuring a spirited, independent, take-charge protagonist who wanted adventure, wanted to live on land and wouldn’t take “no” for an answer. Sure, Ariel still was mostly chasing romance, and her journey climaxed with the red-haired teen quivering in fear on a rock as Prince Erik sailed to the rescue and impaled the evil Ursula, but it was an improvement. And, sure, Princess Jasmine was not about to agree to an arranged marriage or marry out of obligation, but in the end she A) was a prize to be fought over between Aladdin and Jasmine and B) spent the film’s climax trapped in an hourglass as the sand threatened to suffocate her.

Nor was Belle looking for romance, but her not-quite Stockholm Syndrome relationship with the Beast did result in a lifetime romantic commitment and just enough adventure to suffice. That she didn’t have to deal with the small-minded neighbors was a bonus. My only issue with Beauty and the Beast is that pop culture pundits seem more focused on judging Belle for falling for the Beast as opposed to judging the Beast for initially being an abusive bully. The three key Disney princesses of this era, Jasmine, Ariel and Beauty and the Beast’s Belle, were sold and embraced as “not your average princess” characters. The Little Mermaid, Beauty and the Beast and Aladdin tripled the number of fairy tale princess movies produced by Walt Disney.

Yes, the core notion of Disney as a place for fairy tale princess stories, with much debate over whether Disney essentially established the accepted tropes for fairy tale princess romances, stem from Snow White and the Seven Dwarfs in 1938, Cinderella in 1950 and Sleeping Beauty (1959). Disney’s first widescreen toon was a visual marvel and a financial miss, earning just $6 million on a $6 million budget. Sleeping Beauty would be the last “fairy tale princess” Disney toon released into theaters until The Little Mermaid 30 years later. Yes, to be fair, those first three fairy tale princesses were indeed comparatively passive, waiting on a prince to come and generally playing “straight woman” to a cast of more vibrant heroes, villains and comic co-stars.

That said, it has been 83 years since Snow White, 62 years since Sleeping Beauty and 32 years since The Little Mermaid. Between 1989 and 1998, Disney theatrically released The Little Mermaid, Beauty and the Beast, Aladdin, The Lion King, Pocahontas and Mulan. Between 2009 and 2021, they then released The Princess and the Frog, Tangled, Brave, Wreck-It Ralph, Frozen, Moana, Ralph Breaks the Internet, Frozen II and Raya and the Last Dragon. We can debate whether The Lion King counts (Nala becomes queen at the film’s conclusion) while Robin Hood’s Maid Marion, Hercules’ Meg and Hunchback of Notre Dame’s Esmerelda fit the “not your standard Disney girl” archetype even if they aren’t royalty. All of these young women were touted as breaking the mold.

Note the miniscule number of “conventional” Disney Princess flicks that were released between 1938 and 1959. Note then the explosion in such entertainments first in the Waking Sleeping Beauty era and then after John Lasseter took over Disney Animation. All of the female leads in these films were sold, touted and held up as “not your standard Disney princess.” While some of them were more lovesick than others and some were more spirited or comedic, all have been held up as being their own hero, not waiting around to be rescued, and otherwise being stronger, more independent and more empowered than any other Disney Princess. That’s great, but sometime over the last 30 years, the notion of “breaking the mold” became the mold itself.

Disney then got to make the sell all over again via the run of live-action remakes. Not only was Belle back in 1991 a more empowered and strong-willed Disney Princess, but Emma Watson’s live-action was held up as even more empowered/strong-filled/prototypically “girl boss” feminist than the animated version, despite mostly being the same character. Beyonce’s Nala got her own female villain to defeat in The Lion King remake. Naomi Scott’s Jasmine, in the live-action Aladdin, got a power ballad about not being silent which she sang to no one in particular while efforts to render the film less “problematic” decreased her agency compared to the 29-year-old toon. To be fair, Cinderella was an improvement, but partially via offering depth to Prince Charming and the “evil” stepmother.

Some of this is about how the media covers pop culture offerings. It’s not that different from how coverage around Star Wars and the MCU gets tied up in fan theories and speculation which emanate sans any official studio approval or interest. Sure, MGM and Universal may not care if we all write about how No Time to Die’s Lashana Lynch and Ana de Armas are the most feminist/bad-ass Bond Girls ever (see also: almost every Bond Girl since The Spy Who Loved Me in 1977), but they certainly won’t raise their voices in protest. Cultural amnesia, like the media describing Amazing Spider-Man as a romance totally unlike Sam Raimi’s Spider-Man (uh…), is a key part of how we’re convinced that which is old is new again.

Without arguing “thing bad,” I am amused at how deftly Walt Disney has made an entire empire out of selling the notion that their dozen or so “unconventional” Disney princesses are a progressive, cutting-edge, empowering counterpoint to the “conventional” Disney princesses from their first three fairy tale toons over 60-80 years ago. Over the last 30 years, “not your normal Disney Princess” has become the normal Disney Princess (or related female lead or love interest character). Now we have Raya, who is brave, strong, flirtatious, witty and in control of her own destiny and her own desires, just like almost every other post-Little Mermaid Disney female lead. If they really wanted to make her transgressive, they’d let her, I dunno, come out of the closet. 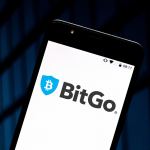 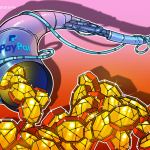