We finally have a trailer for Godzilla Vs. Kong. Right in time for the 30th anniversary of The Silence of the Lambs, Godzilla is on a killing spree, and humanity has no choice but to send a monster to catch a monster. The monster is a “perfectly content to not bother anyone on Skull Island” King Kong. I guess Mothra (who survived King of the Monsters) is either on Godzilla’s squad or incapacitated. Oh god, we might actually get a “Must save… Mothra!” moment. That would be as amazing as when Iko Uwais told Mark Wahlberg to say hello to his mother in Mile 22.

We don’t know why Godzilla is kaiju-ing all over the world, or whether he’ll be a villain for the duration of the film, but I’m guessing it’s not because Charlize Theron captured his newborn son or because he’s been brainwashed by Quintessa into waging war on Earth. The mood is lighter, the palette is more colorful and the big action sequences (including the centerpiece aircraft carrier fight) take place in broad daylight. It’s arguably closer in tone to Kong: Skull Island than Godzilla: King of the Monsters. While it’s not explicitly campy, there is a certain knowing wink in both the rough-and-tumble music and the unapologetic silliness on display.

Rebecca Hall’s exasperated annoyance as she uttered “It’s… Godzilla” gave me a chuckle. Ditto Demián Bichir’s comic understatement intoning that “these are dangerous times” as we see Godzilla fire-breathes all over a neon-lit city. As we saw with the marketing campaign for Justice League, the emphasis on this threequel is to show that this is less of an operatic kabuki and more of a rock-n-roll/Saturday morning cartoon spectacular. Point being, if Godzilla and Godzilla: King of the Monsters were sold as high-toned monster melodramas, this one is being pitched as a kick-ass monster mash. The mood is less Batman v Superman and more Freddy Vs. Jason.

The trailers and commercials for Justice League tried to emphasize that it was a different take compared to the apocalyptic rock opera stylings of Batman v Superman, with the emphasis on rock-n-roll heroics, the importance of teamwork (using a cover of The Beatles “Come Together”) and finally a trailer that emphasized unapologetic sentiment and The Little Engine That Could-like can-do spirit. That’s not a criticism, as I rather like the last Justice League trailer, the one scored to David Bowie’s “We Can Be Heroes.” Yes, I’m hoping if nothing else that Zack Snyder’s four-hour Justice League brings back some of that to-the-moon, sturm-und-drang mindset from Dawn of Justice.

In normal times, I would discuss whether general audiences were more excited about Godzilla fighting King Kong versus Godzilla fighting King Ghidorah. As I noted on Friday, there are very few if any franchises that survived an outright flop sequel (King of the Monsters grossed $387 million on a $180 million budget) to roar back to life with the third installment. Granted, most failed sequels don’t spawn big-budget threequels in the first place, and I cannot imagine this film (likely to be the last in this franchise) would still have been made had it not already been in production when King of the Monsters fumbled in May of 2019.

But since theaters aren’t necessarily the main variable this time around, specifically in North America, it only has to look interesting enough to get folks to A) pay $15 to subscribe to HBO Max, B) make the effort to activate their existing HBO Max subscriptions or C) not cancel their ongoing HBO Max membership. Moreover, to the extent that more folks will sign up for a biggie like Wonder Woman 1984 than for Tom & Jerry or The Little Things, giving us Godzilla Vs. Kong in March is a way to prevent what otherwise would have been a four-month drought between Wonder Woman 1984 and Mortal Kombat.

Moreover, in normal times, I’d be noting that while King of the Monsters dropped 45% from Godzilla domestically ($110 million from $200 million), it only dropped 15% overseas ($274 million from $325 million). So in normal times I’d note that maybe the film wasn’t automatically doomed especially without an Avengers: Endgame-sized juggernaut (along with a surprisingly robust Aladdin) biting into its business outside of North America. Had the movie opened in normal times, presuming it was closer in “fun factor” to Skull Island than King of the Monsters, I might argue that it could have been the first big-budget smash to a big-budget bomb we’ve seen in modern box office history.

Godzilla Vs. Kong, directed by Adam Wingard and starring Rebecca Hall, Kyle Chandler, Millie Bobbie Brown, Demián Bichir, Alexander Skarsgård, Lance Reddick, Zhang Ziyi, Brian Tyree Henry, Danai Gurria, Julian Dennison and Eiza Gonzalez, opens March 26. As always, we’ll see, but with No Time to Die ditching April, Godzilla Vs. Kong could be by default the go-to blockbuster of the pre-summer season. That’s partially why WB moved the film up two months. It’s easy to be a god or a king when nobody else is competing for the throne. We’ve gone from “nobody does it better” to “nobody else is doing it at all.” 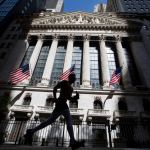 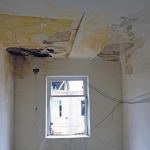