A previous article “Christopher Columbus And Evaluating Autonomous Vehicles As An Investor” discussed the nature of the Autonomous Vehicle (AV) investment space. The article emphasized that true progress in the AV space is not driven by investments or partnerships. Rather, one must look for nuggets of progress which demonstrate actual technical capability. Connecting with the Columbus great voyage analogy, one needs to see the tobacco.

Recently, in a lightly covered announcement, Locomation announced a successful pilot deployment of truck convoying with a haul of more than 400 miles/day from Portland, Oregon to Nampa, Idaho over two weeks. Locomation has been covered previously with “Will Truck Convoying Be The First Viable Commercial Application For AV Technology?” The crux of their approach is to have a truck convoy where the leader is human-operated and trailing trucks are building a virtual train. In this situation, the Operational Design Domain (ODD) of the trailing trucks is vastly simpler and more viable.

In this model, the trailing truck drivers can rest and exchange lead roles as appropriate.  According to Locomation, the end result is “30% reduction in operating cost per mile, 8% reduction in fuel consumption, and 41 metric tons of carbon dioxide removal from the air per tractor annually.”

Let’s dig a bit deeper into the actual demonstration:

Why this route and how was this demonstration differentiated?

“We chose this particular Portland, OR to Nampa, ID route for a multitude of reasons including supporting freight concentration/density, supportive regulatory situation, and challenging route characteristics. The route stretches over 420 miles on I-84 and goes through some of the most challenging road typologies in the US Interstate system, such as prolonged high grades (for example, there is a segment where there is 6% grade for several miles) and tight curves. Also portions of the route can get quite windy,“ says Dr. Çetin Meriçli, CEO at Locomation.

According to Meriçli, other interesting aspects of this demonstration were:

How was the test managed? Any challenges?

According to Meriçli, both of the trucks took the leader and follower roles, and they were swapped multiple times during each run. The motivation behind that was to vary parameters such that both trucks saw a different environment in the autonomous follower position, and also to limit the follower safety driver time to one hour chunks.

Also, the target Operational Design Domain (ODD) where the Locomation autonomous driving system was allowed to work was set to be conservative. Safety drivers disengaged from autonomy on rare vehicle cut-ins, construction zones, vehicles parked on the shoulder, very high winds, and in low speed dense surrounding traffic. Despite all of these limitations, a significant percentage of the journey was able to operate in autonomous mode.

Overall, this demonstration has all the signs of a significant step which moves the field forward. The fundamental ODD (convoying) is well defined, the business model is clear, and one can find an engineering pathway towards gradual improvement. This is all confirmed by the reaction of the customer.

“This test pilot was critical for Wilson Logistics because it proved the true commercial viability of Locomation’s ARCTM technology,” explained Darrel Wilson, Chairman and CEO of Wilson Logistics. “For our team, it’s the perfect combination of safety improvements, increased asset utilization, reduced cost per mile – and most importantly, a better driver experience.”

Interesting Videos Connected To The Demonstration: 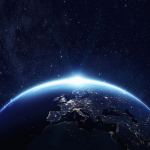 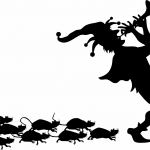